Hot on the heels of the popular bike-share scheme’s success across Poole and Bournemouth, 275 new Beryl Bikes have arrived in Christchurch.

Since the scheme launched in Bournemouth and Poole last year, Beryl Bikes have reported over 200,000 journeys have been made by over 40,000 people in the area; journeys that 20% of users would otherwise have made by car, according to surveys by BCP Council.

The introduction of the scheme is one of many moves by the council to improve the local carbon footprint, and formed a vital part of their Transforming Cities Fund bid. Council Leader Vikki Slade said, “I’m delighted about the bike share extension into Christchurch. We want people to be able to have far more choice about their local transport options, and these new bikes and convenient new bays will really help people to access cycling much more easily than before, particularly if you don’t own a bike, Beryl is a fantastic option.” 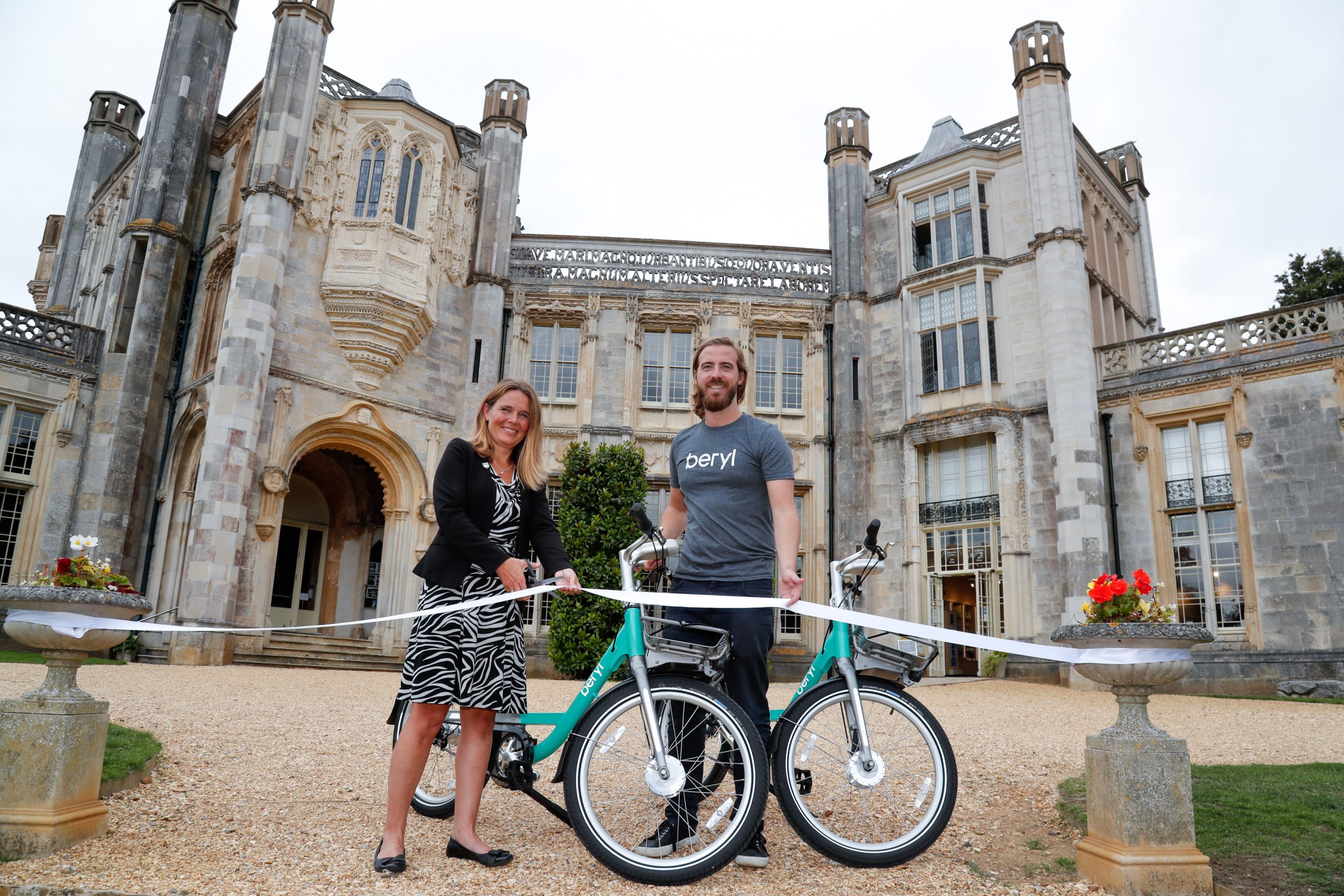 The bikes are available from 50 different Beryl Bays in Christchurch – two of which are at Highcliffe Castle, the site of the new launch – and are accessible via the Beryl Bikes app, which is free to download for iOS or Android. Riders can choose from one of 3 simple hire packages:

Pay-As-You-Ride – Unlock your chosen bike for £1 and ride for 5p per minute, for as long as you wish.

Minute Bundles – Bundles start at 100 minutes for £5, with no fee for unlocking the bike.

At the end of a trip, riders can return their bike to any Beryl Bay and close the lock, leaving it available for the next user. Leaving a bike anywhere other than a Beryl Bay will incur a fee of £2, to encourage users to park the bikes responsibly.

Beryl CEO Phillip Ellis said, “The success of our bike share scheme in Bournemouth and Poole has far exceeded people’s expectations. We’ve been delighted to have provided such an affordable, flexible and enjoyable micromobility system that now moves into the town of Christchurch creating an integrated sustainable transport network throughout the area.”

“BCP Council’s most recent travel survey showed that Christchurch had the highest percentage of people cycling weekly so we know the appetite within the area is there and look forward to providing residents with a convenient bike share scheme.”