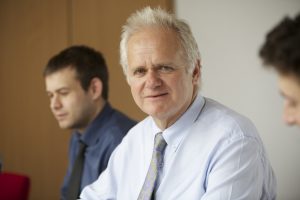 The referendum result in June 2016 has torn this country apart. We moved from being Great Britain to Little Britain. The promises made were undeliverable. The reality of Johnson’s “Get Brexit Done” folly will be a decade of treaty negotiations.

Brexit will kill the goose that laid the golden eggs of peace and prosperity.  Promises to end austerity and protect the NHS are not worth the paper they are written on if we leave.

There is another path. We can Stop Brexit. We can Revoke Article 50 and stay in the EU.

In Christchurch there is an issue even more important than Brexit. That’s Climate Change. This is a battle for the survival of our Blue Planet, and we must win it.

By tackling the Climate Emergency, we can become leaders in green technology – a massive opportunity for the UK but vital for the survival of Christchurch itself which could be lost to the seas in 30 years.

Lib Dems announced £100 billion to tackle the climate emergency. We committed to net zero emissions by 2045 and an 80% reduction by 2030. This includes insulating new homes and planting 60m trees.

Our choice here is clear, stark and simple.

We can stick with an MP who quashes progressive reforms eg a ban on Upskirting, FGM and preventing the pardoning of the WW2 hero Alan Turing etc

Or we can choose a brighter future with myself, a local Liberal Democrat, successful Chartered Accountant, BCP and Town Councillor and Treasurer/Trustee of local charities.