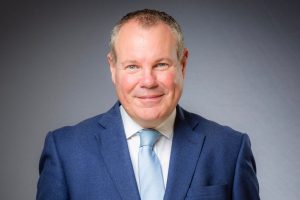 This is the election no one wanted.

Yet we had no choice.  Parliament was gridlocked. We faced months of further dither and delay. Every day we fail to resolve Brexit, we hold our country back.

Boris Johnson promised he would go to Brussels and get a deal. Few believed him.

Yet he did, and his deal means Britain will take back control of our money, laws and borders. Parliament actually voted to support it but then started another round of delaying tactics.

This election is the only way to unblock the log-jam. I know from talking to so many people in Bournemouth West every week that you just want this over and for us all to move on.

Once we can put Brexit behind us we can again focus on the things people care about – the things I came into politics to work on – properly funded schools delivering opportunity for our children, a health service that is there for us when we need it most, and making sure we have the police to keep our streets safe and us secure in our homes.

If I am re-elected again to serve as Member of Parliament for Bournemouth West, those priorities will be mine too.

It has been the greatest honour of my life to serve as Bournemouth West’s MP since 2010.  I ask for your continued support on 12th December to continue that work.