A couple from Bournemouth were scammed out of their life savings by a fraudster but now the culprit has been ordered by the court to pay back £850,000. 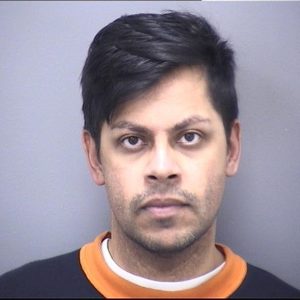 A 40-year old man named Mohammed Arshad Ajmal of Colvin Gardens in London was sentenced at Bournemouth Crown Court on Friday 31 July 2020 with eight years in prison after he admitted to seven charges of fraud and fourteen accounts of converting and transferring criminal property. He later returned to the same court on Friday 5 November for a hearing to consider an application under the Proceeds of Crime Act.

One of his crimes involved scamming a couple who were in their 70s by pretending to be a police officer over the phone so they would transfer him large amounts of money. The couple unfortunately ended up giving the fraudster lots of money from their life savings.

Dorset Police’s Major Crime Investigation Team looked into Ajmal’s actions and brought him to the court where he was charged and sentenced. During the hearing, the court found the total amount from his crimes to total at £848,263.67 and he was given a confiscation order to cover the amount before being given another for £124,108.95  that will cover the tax bill that the elderly couple received during the commission of his fraud scheme.

Ajmal’s bank account will be cleared of £821,702.53 after it was identified and his other assets were frozen while the investigation was going. He has been given three months to pay the rest of the money or he will face another six years in prison and bring his total sentence to fourteen years.

Detective Constable Scott Brimicombe had this to say: “This case involved large sums of money and we have worked extensively to identify the defendant’s assets and freeze his account, meaning we have successfully ensured that the majority of the funds can be recovered almost immediately.”