A suspected drunk driver has received a 3 year driving ban for failing to provide a breath specimen to the police.

Layne Kurtis Clarke, a 27-year old man from Wyatts Lane, was sentenced at Poole Magistrates’ Court on Wednesday 15 September after he admitted to refusing a breathalyser test from the police. He was disqualified from driving for 3 years and now needs to carry out 180 hours of unpaid work in the community alongside paying £300 in costs and £95 in victim surcharge, making a combined total of £395.

On Saturday 15 May at around 8pm, a resident of Lancaster Drive heard a loud bang from the road outside where they saw that a silver Mercedes had stopped on the pavement with a shredded tyre on the offside front of the vehicle and the wheel appeared damaged. 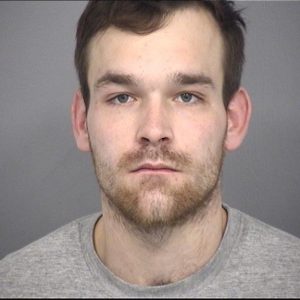 Clarke was seen getting out of the driver’s side of the car before walking off toward Corfe Mullen, he appeared to be unsteady on his feet and was likely intoxicated. Officers later carried out a search of the area and arrested the drunk man on Albert Road where he was found to have keys to the Mercedes. Once he was taken into custody, Clarke refused a breathalyser test and was then charged for it.

Police Constable Mike Burt said “I hope this case demonstrates that refusing to provide a sample does not result in suspects avoiding punishment and they can still face being banned from the road for a significant period.”