Police looking for information after a 13-year old boy from Bournemouth was reported to be ‘extremely unwell’ by the ambulance service and later tragically died in hospital.

On Thursday 19 August, Dorset police received a report from the ambulance service that they were at Columbia Road with 13-year old Mehmet Altun who was ‘extremely unwell’. The boy was taken to the hospital to receive treatment but sadly died. 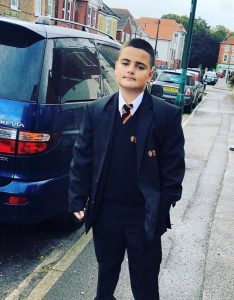 Police are making a full investigation into the case and will be making enquiries to establish what caused this tragic loss of life. Currently the police have not released any confirmed details as to the cause of death, however a drug overdose is suspected. A 14-year old boy has been arrest on suspicion of supplying class A drugs and is helping the police with their enquiries.

Young Mehmet is believed to have went out on his orange/red mountain bike between 12:10pm and 1:45pm, the police are hoping that someone may have seen him during this time and can give any information on where he went and if he met up with anyone.

Anyone with information is asked to contact Dorset Police at www.dorset.police.uk, via email 101@dorset.pnn.police.uk or by calling 101, quoting occurrence number 55210134131. If you wish to stay anonymous then you can contact Crimestoppers online at Crimestoppers-uk.org or call 0800 555 111.