Friday marks the ten year anniversary since the tragic crash of Red Arrow 4 piloted by Jon Egging. The Jon Egging Trust will be paying their respects by laying a new plaque on his Bournemouth memorial site.

10 years ago this Friday, the Bournemouth Air Festival was host to a performance from the world-renowned Red Arrows when one of their number suffered a tragic crash at the River Stour in Throop Village. The pilot of the jet was an Afghanistan veteran named Jon Egging, 33, who encountered some mechanical failures and began to descend rapidly, however he realised the danger and damage the jet would cause to the public and bravely steered the plunging aircraft away to the isolated river before crashing into the river. 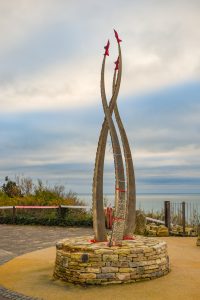 The family of Jon Egging created the Jon Egging Trust (JET) charity in his memory to help young people reach their potential and provide role models just like him.

The charity will be honouring his memory by laying a new plaque upon the Bournemouth memorial site which will feature a poem written by the students of the charity. The event is set to commence at 19:00 where Mayor Cllr David Kelsey and Kaye Jackson of JET will give a small introduction which will then be followed by the presentation of the plaque at 19:15 and the poem reading by the JET students with a final tying of ribbons to end the event.