BCP Council have decided to reopen Poole’s Keyhole Bridge to vehicles, which the group claim goes directly against the government instructions to put in place pedestrian and cycle schemes promoting greener travel across the conurbation. 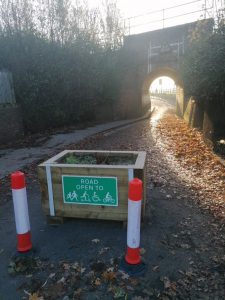 The government has said that the schemes must be allowed enough time to establish themselves before being removed, recommending at least a year so the public and local government can decide how effective and efficient they are.

The Keyhole Bridge Group are taking BCP Council to task as they believe that the council’s choice to reopen the road to vehicles goes against the government recommendations to keep changes for a minimum of 1 year.

The Keyhole Bridge Group who are directly opposing the decision to reopen the bridge are now planning to take the matter to court to be reviewed. So far, the group is raising money to fund legal fees but have already received confirmation that there are enough grounds to proceed and are hopeful their case will be heard by December.