Police are appealing for information from the public after a young man goes missing while in the water off Rockley Park on Monday.

The police, coastguard and RNLI have been carrying out searches for 18-year old Callum Osborne-Ward after he went missing while in the water off Rockley Park, a public appeal has been issued in order to find the missing teen.

A report of people struggling in the water at 3:52pm on Monday prompted a response from the police, fire service and the ambulance service who checked ten people over and sent 3 to the hospital as a precaution.  However, Callum was unaccounted for and has yet to be found despite continued search attempts from the emergency services. 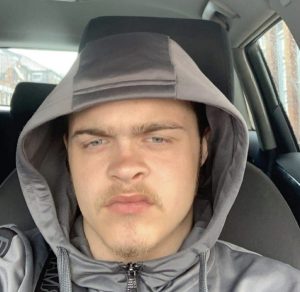 Callum is described as being white and standing 5 feet 5 inches tall with short brown hair, a tattoo if the word ‘Dad’ across his chest and was last seen wearing blue swimming shorts. Police are currently unsure if he is still in the water or has made it to land and is lost and has yet to make his condition known.

As the search continues, Callum’s family have issued thanks to the public for all the support that has been shown and donations of clothing, shoes, blankets, food and drink delivered to them at Rockley Park. The family has said that they really appreciate it all and hope that the situation will be resolved soon.

Anyone with information or knowledge as to Callum’s whereabouts is asked to contact Dorset Police at www.dorset.police.uk, via email 101@dorset.pnn.police.uk or by calling 101, quoting incident number 26:523.