With the local PCC (Police and Crime Commisioner) elections due to take place on Thursday 6 May, local Conservative candidate David Sidwick has expressed his personal concerns about pet theft among local residents.

In an open letter to BH Living’s editor, Sidwick is appealing to local BCP residents to throw their weight behind his campaign for stiffer penalties for those involved in the callous crime by adding their voice to his campaign. 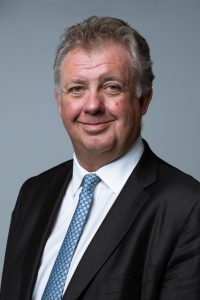 I understand completely why people are becoming so concerned about pet theft. The other morning I was contacted by a resident who is really worried about this issue and worried for their own safety while walking their dog.

One of our daughters lives in Yorkshire and has a cockapoo called Baxter – he is the star of the show when they come to stay (when allowed). We would be absolutely gutted if we lost him.

As such, I am determined that pet theft should be deterred and stronger penalties introduced.

Currently pet theft is not treated with the seriousness it deserves and reform is urgently needed.

During the pandemic, we know dog ownership and prices have risen significantly. Pet theft is now the worst it has ever been, rising in some areas by 250%. Tragically, just 1 in 5 pets is ever returned to its owner and only about 1% of pet thefts lead to charges.

Because punishments are often related to the monetary value of a pet, they usually result in trivial fines rather than imprisonment.

Although the Theft Act of 1968 allows a maximum penalty of up to seven years, this never seems to happen. The majority of prison sentences awarded are less than six months. This Act is over 50 years old and may need amendment.

People can help in two ways:

Let’s really make our voices heard. Pets are part of our families. Let’s do it for Baxter and his mates.