Michelle O’Brien had been preparing for an upcoming tour of her new family show ‘The Ark and Dove’ – a story based on the tale of two ships that left Cowes on 22 November 1633, bound for the New World, and drawing on parallels between 17th century migration and the current day – when the coronavirus sent the UK into lockdown. She was forced to cancel the shows but she’s aware she’s one of the lucky ones: “I’ve had to pack that show away in the garage and look forward to the time when I can bring it out, but I feel so privileged to have been able to make it at all. I worked with some hugely talented people on the show and I’m sure it will be seen. There are a of artists and performers who haven’t been so fortunate and are facing incredibly uncertain times as we can’t plan and we don’t know what will happen with funding.” 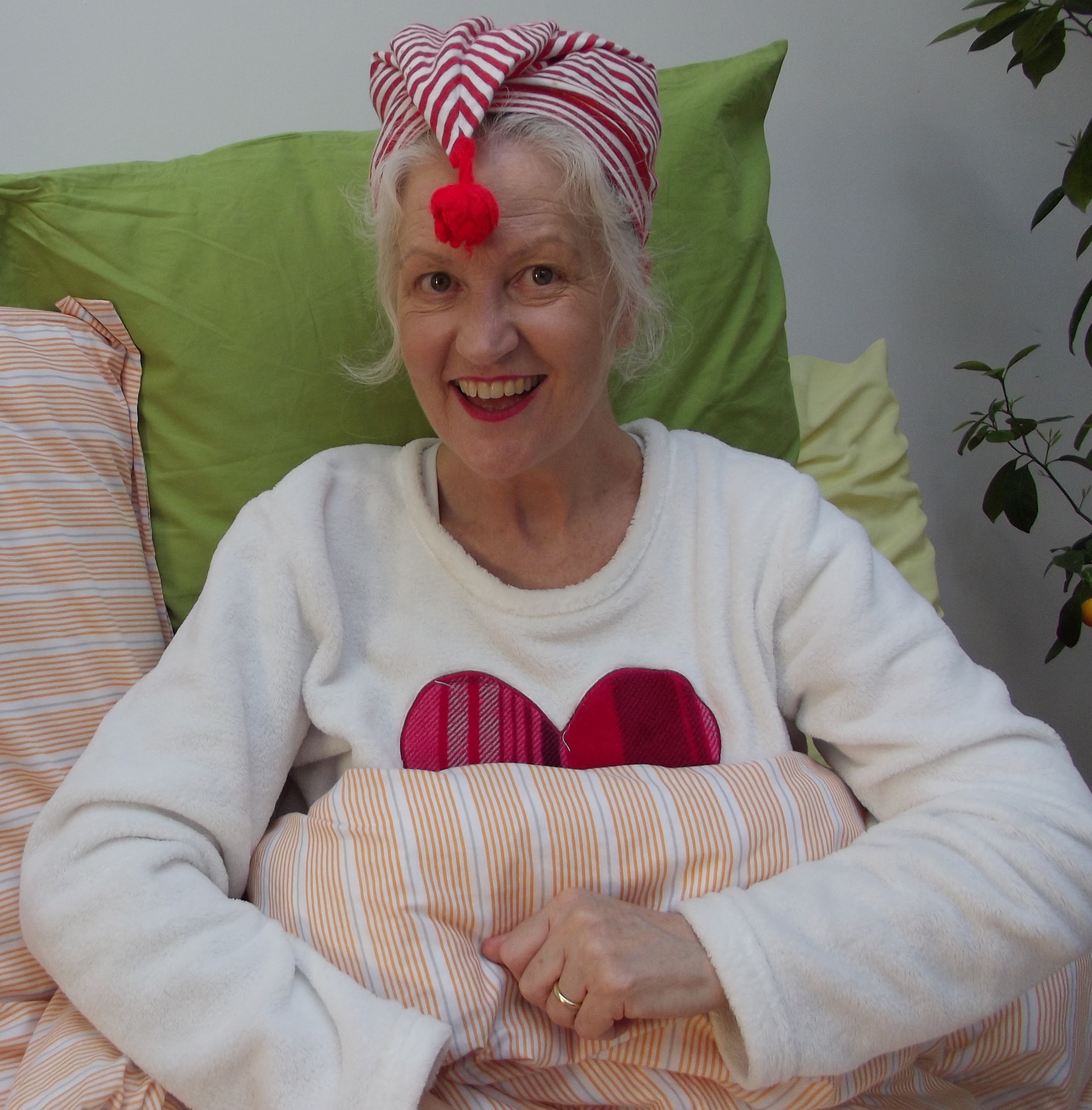 She’s chosen to start her bedtime stories this week with a modern classic – ‘The Big Noses’ from ‘Fairy Tales and Fantastic Stories’ by the late Monty Python star Terry Jones. “I’m starting with Terry Hones because that was the book my hand reached for on the shelf and his stories are magical,’ she said. ‘My great niece and nephew are six and nine and both of them were wrapped up in it. Like ‘Monty Python’ I think it appeals to people of all ages who love to play. I’m into playfulness, particularly at this time.”

Next week, Michelle will perform a Native American tale taken from ‘The Ark and Dove’ for the Sunday bedtime story – a sneak preview of what you can expect when the tour can be rescheduled. “It’s a beautiful story about a star that falls in love with a human – in the indigenous culture they believed the stars hold the spirits of the departed. I’m really looking forward to being able to show at last a part of ‘The Ark and Dove’ to an audience.”

Michelle is considering a video project in which she would revisit some of the historical characters she’s played in the past, including Queen Elizabeth I, Queen Victoria and Granny Cousins, who hosts the ghost walks in Old Poole. Contemplating the project, she said: “I like the idea that people might be able to ask questions online and I could respond to them in Facebook videos.”

For now, you can catch Michelle in her Babigloo: Music for Babies project on Facebook, which delivers therapeutic, music-led sessions to parents and babies up to 12 months old. The sessions use a combination of vocal and musical rhythms alongside classical music and theatre.

To make sure you don’t miss the Sunday Bedtime Stories, visit the Lighthouse, Poole Facebook page at 7pm on Sunday 12 April 2020 as part of #SundayFunday.

Find out more about Lighthouse, Poole’s Centre for the Arts, from their website.