Star of Channel 4’s Hunted, Jordan Wylie was due to do an arctic marathon, but had to adapt to change with the help of local CryoLabs as the coronavirus pandemic halted his plans. 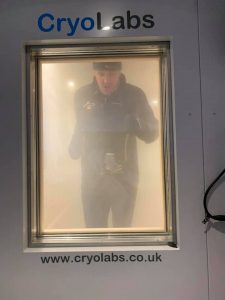 Jordan Wylie inside the cryochamber at CryoLabs Poole

With the help of CryoAction and CryoLabs Poole, the ex-soldier and the Hunter completed the world’s first -30 degree marathon on a treadmill inside a cryotherapy chamber in aid of the charity Frontline Children, which helps children who are caught in the middle of conflict and war.

Wylie completed the 26.2 mile marathon run inside a chamber which CryoLabs had fitted with a mechanical treadmill and set to between -30 and -60 degrees to match the real life arctic conditions he would have experienced on his four-hour run, although the chamber is capable of reaching as low as -160.

Cryotherapy is widely used by athletes, including many Premier League football teams, as it has many benefits such as increasing gains in performance, reducing inflammation and speeding up injury recovery times, enabling better sleep quality and increasing energy levels.

Jordan Wylie, Hunted star, former soldier and extreme adventurer said: “This is the first time anything like this has been attempted.

“I am used to running in sub-zero temperatures, and have done it three times before, but this was an entirely new experience.

“I have been training hard for this latest marathon, so I’m glad that the CryoLabs team have been able to help us add to the £1 million I’ve raised through events like this.” 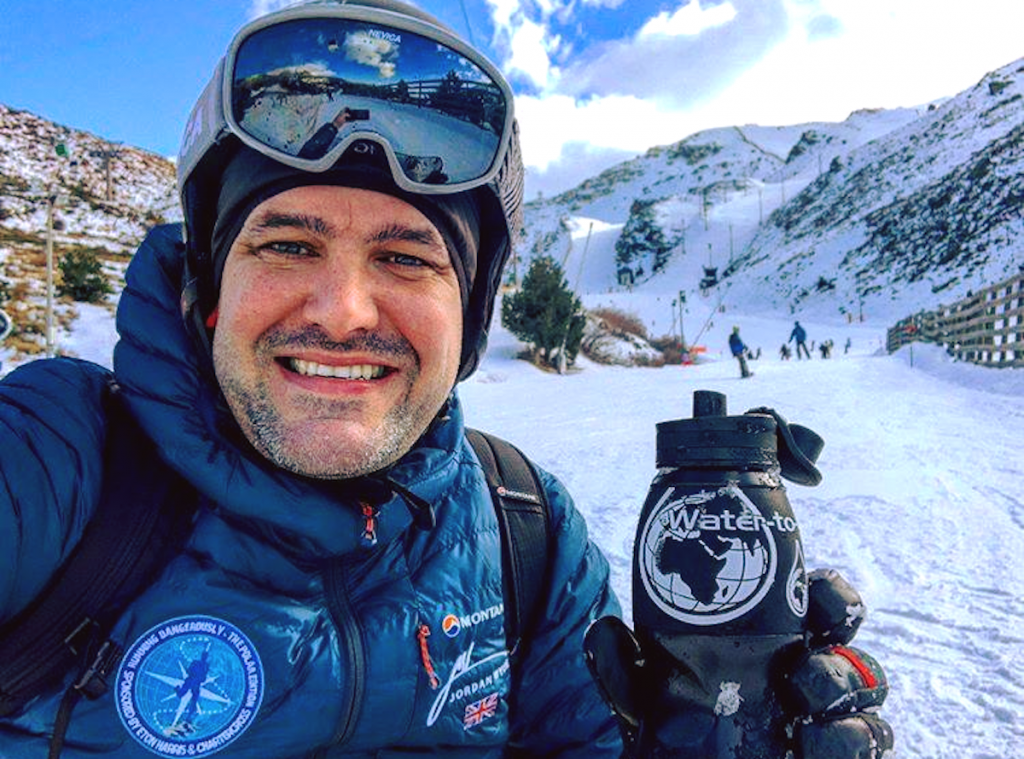 Jordan Wylie on one of his polar adventures

Director at CryoLabs, Ian Watson, commented: “After hearing about the problems Jordan has had trying to complete his series of arctic marathons I knew we could help.

“Although we have never done a marathon before we have used the cryotherapy chamber for TV production crews to test their camera equipment in arctic conditions before travelling to the North Pole.

“We set the temperature of our chamber to -30C and kept a close eye on Jordan as he completed the 26.2 mile run.”

CryoAction’s professional quality chamber at CryoLabs, which accommodates up to six people, offering extreme-cold whole-body cryotherapy treatment is open to the general public, and is available in three-minute slots. To book, see the CryoLabs website here.

Ian Saunders, co-founder and director of CryoAction, said: “Getting involved in a world-first like this is very exciting.

“Although our chambers are usually used for recovery treatments and helping people perform more intensely and for longer periods of time, this sporting attempt was something we couldn’t turn down.

“Jordan is an experienced arctic marathon runner so we had complete faith in him completing this unique feat.

“And who knows, we may just have started a new fitness trend.”

To find out more about Jordan Wylie and his latest arctic marathon attempt, visit his website here.