The students of St Edward’s School in Poole have wowed audiences with their fantastic production of the musical School of Rock. 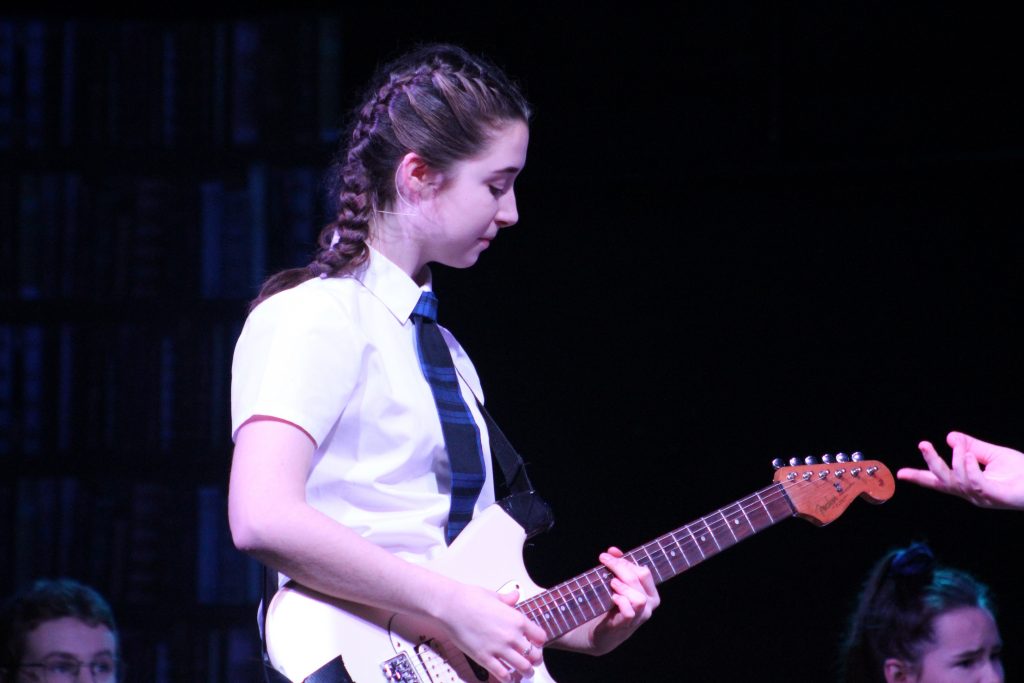 The show was performed by a talented cast of students at the school who were given the chance to highlight their acting, musical and comedic talents. After months of rehearsal they recently gave three performances on consecutive nights at the school.

School of Rock is the foot-tapping, laugh-out-loud story of loveable layabout and wannabe rock star Dewey Finn, who impersonates his teacher and friend Ned Schneebly at his job in a private school to make some extra cash. Dewey quickly adjusts to his new position and realises his students, with their surprising musical abilities, could be put to better use if they only knew how to really rock.

Headteacher of St Edward’s, Michael Antram, said: “The school’s annual theatrical production is always a highly-anticipated highlight in our calendar, and I was delighted to see this hard-working and talented cast rise to the occasion and deliver a brilliant performance night after night, which was greatly enjoyed by all.

The brilliant comedic turns and lively musical numbers earned the cast some rapturous and well-deserved applause. They should all be very proud of themselves, just as we are of them.”

The show’s producer, Carl Christopher, added: “The success of this production is a testament to the effort and commitment shown by all the students involved, who have been working incredibly hard in rehearsals and in their own time to bring this production together. That includes not just the cast but all those who have been grafting away behind the scenes on the design and construction of the set, props and costumes too. Congratulations to all of them on a brilliant team effort.”

For more information on St Edward’s School, visit their website.