A man has been sentenced to two years and five months in prison for braking into a home in Bournemouth.

Aaron Franis Philips, aged 37, from Ringwood, was sentenced to two years and five months on Friday 6 March after admitting to burglary and theft charges. 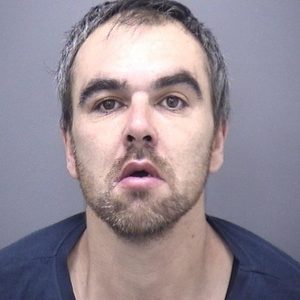 On Wednesday 1 January 2020, Philips was seen on CCTV trying to enter the doors of a property in Windham.

After being unable to enter through the doors, Philips climbed through a window and attempted to steal a TV before realising it was wired to the wall. In the end he only managed to get away with a pair of trainers.

Two residents who were upstairs at the time tried chasing after him but were unable to catch up to him.

He also admitted to shoplifting at Bookends book store in High Street.

Police Constable Chris Raspini, of Dorset Police’s Priority Crime Team, said: “I am pleased that through our investigations we were able to identify Aaron Phillips as the man responsible for these offences so he could face justice at court.

“We appreciate the distress that can be caused by having an intruder force their way into your home and we will do all we can to ensure those who commit burglaries are identified and held accountable for their actions.”