A serial fraudster who convinced his victims to hand over hundreds of pounds to lease vehicles that were never delivered has been jailed.

Sebastian Andrew Zachary Mathew Astbury, aged 42, of Yarrow Close in Poole, was sentenced to 3 years in prison at Bournemouth Crown Court on Thursday 6 February 2020. These included four offences of fraud by false representation and four charges of breaching a serious crime prevention order.

The defendant had been made the subject of a serious crime prevention order in 2012 after being sentenced for previous fraud offences. The order meant restricted Astbury’s ability to open bank accounts, credit cards or loan agreements without revealing his previous misdemeanours and providing them with a copy of the order.

In June 2019, Astbury was introduced to a man who had been told that he was setting up a car lease business called Bramshaws Leasing Ltd.

The man contacted Astbury and told him he was looking for a new car. Following further discussions, he ended up giving Astubry more than £13,000 in return for leasing a vehicle and as an investment into a business he believed was a legitimate operation. The victim never received the vehicle or any evidence that his money was being invested in a legitimate business and reported the matter to police on Wednesday 11 September 2019.

Another man also sent Astbury two payments totalling £5,500 to lease a vehicle, which was arranged to be sent to Poole on Monday 16 September 2019. However, the vehicle was never delivered and the man heard nothing further from the fraudster.

A third victim paid Langley more than £2,600 to lease a Volvo but also never received the vehicle. A fourth man gave the defendant £800 to lease a van which also never arrived.

None of his victim’s had been made aware of Astbury’s previous convictions or the serious crime prevention order.

At the sentencing hearing, Astbury was also made the subject of a new five-year serious crime prevention order, which prohibits him from opening bank accounts or being involved in business transactions without disclosing his previous convictions.

Detective Constable Marie Greer, of Bournemouth CID, said: “Astbury is a serial fraudster who continued to offend despite previous convictions and being the subject of a court order.

“His victims provided him with large sums of money in the genuine belief that they would be receiving a vehicle in return or were investing in a legitimate business, only for Astbury to take their money and provide nothing in return. I hope this case demonstrates that we will take action against conmen such as Astbury and ensure they face justice before the court.” 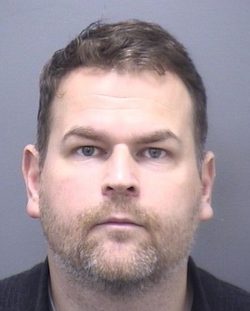