Thousands of residents have potentially received wrongly addressed letters after the council admitted that they’d sent 5,000 random addressed letters out to residents to ask them to engage in a new ‘Community Engagement’ consultation, but had mistakenly used the wrong letter templates. 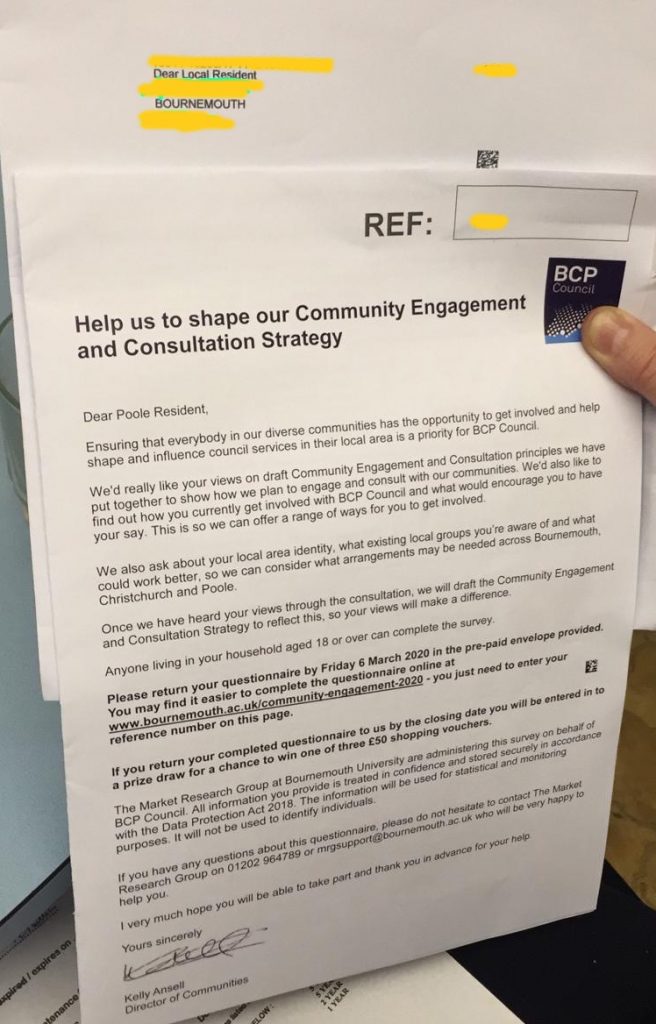 In the letter from Kelly Ansell, the council’s Director of Communities, Bournemouth residents were addressed as ‘Poole residents’  leading some residents to question whether they were able to respond to the letters and get involved in the consultation.

In a statement from BCP Council, the council confirmed the gaff but appealed to the public to ignore the mistake and get involved, with a BCP Spokesman saying: “This was a mistake and we apologise unreservedly for this. This was a standard letter template from one of the legacy councils.

“We would like to reassure anyone who has received the survey that they can complete it, regardless of where they live in the BCP Council area. The error in the covering letter will have no impact on the findings from residents feedback. We would like to hear from as many of our residents as possible so would encourage everyone who has received a postal survey to fill it in.”

The consultation recently launched by BCP council, runs until 6 March 2020 and is looking for residents views on a number of issues to enable the council to understand how best it can communicate and talk with residents.

Residents across the entire BCP region are being encouraged by the council to take part in the consultation even if they haven’t received a letter. You can find out more and take part here