Our protagonist, Rowan, is a normal boy living with his financially struggling mother in Boscombe. After finding an unfinished book in a charity shop, Rowan finds himself transported into a magical world contained within the book.

Rowan’s mission is to find the author and bring him to the magical world so he can devise an ending and bring a stop to the storm that will soon destroy the world. 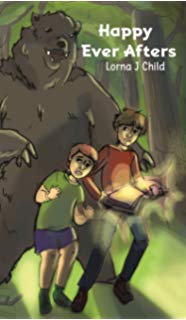 Book cover of Happy Ever Afters

I can’t really fault the first act. During the second act however I did expect some kind of threat or instant peril to jump out and try and stop the protagonists, but nothing ever did. The things that did happen, like trying to find the author in the real world, perhaps seemed like too easy a feat. But it has to be remembered that the audience is young and so the author has to tread a fine line between too much complex content and too much simplicity.

Things do liven up for the final act when Rowan is left with a decision that affects not just himself but everyone around him. Revelations are revealed that you didn’t see coming and some of them are not what you’d expect. Overall, it’s a good little book that will hopefully turn into a great franchise with the teased sequel.