Bournemouth Little Theatre is launching its very own studio in Bournemouth. 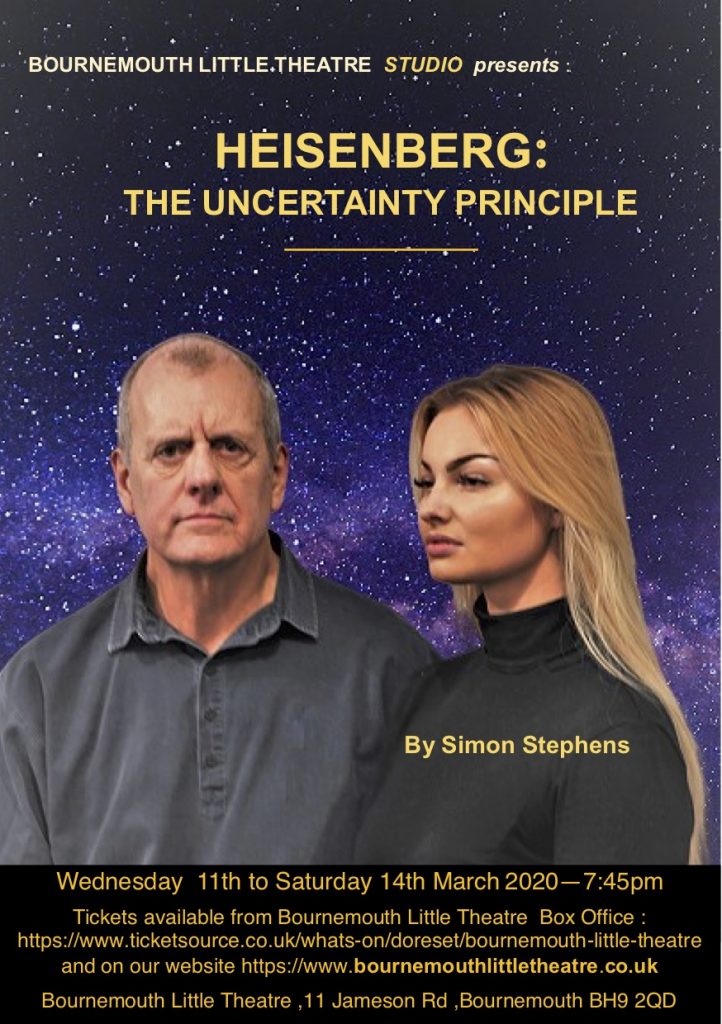 Bournemouth Little Theatre who make the claim of being the longest established theatre group in the area are best known for their productions of largely better-known plays. Now the company are creating a new studio (The BLT Studio) to showcase exciting new smaller-scale plays throughout the year.

The shows will feature small casts and use little or no scenery. This is because they are wanting to focus the attention on the script and the performance. Once the production is finished the floor will be open for the audience to discuss the play with the cast and director.

The debut performance at this new studio will be ‘Heisenberg: The Uncertainty Principle’, written by award winning playwright Simon Stephens. He is most famously known as the author of ‘The Curious Incident of The Dog in The Night Time’. The Broadway and London West End hit play will run for four nights only in Bournemouth from 11-14 March 2020 at 7.45pm.

Drama Online have said Heisenberg is “brimming with blazing theatrical life, it explores the uncertain and often comical sparring match that is human connection”. The play is set to run for approximately 80 minutes and will not have an interval.

Tickets for the performance at The BLT Studio can be found here.