Jack’s Law, which is set to come into effect in April, was introduced after a campaign led by Lucy Herd, whose 23 month old son Jack drowned in a pond in 2010. Her husband was only granted three days off, one of which was for the funeral.

With the introduction of this new law, it now means that any parent who lose a child under 18 years old or suffers a still birth will get a fortnight’s paid leave to grieve. This new legal right to two weeks paid bereavement leave is a world first. Lucy said that it was wonderful that her campaign had led to a new law, although it is “bittersweet”.

Parents will be able to take the leave as either a single block of two weeks, or as two separate blocks of one week each taken at different times across the first year after their child’s death. 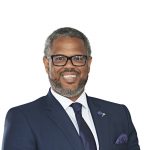 “Losing a child is horrific and people do need time to deal with everything that follows.”

Kevin Hollinrake, the MP who proposed the new law in a private members’ bill, said: “Losing a child is every parent’s worst fear, but no-one could ever fully understand the utter devastation of such a loss.

“While most employers are compassionate and generous in these situations, some are not, so I was delighted to be able to help make leave for bereaved parents a legal right.”

To find out more about Jack’s Law you can click here.