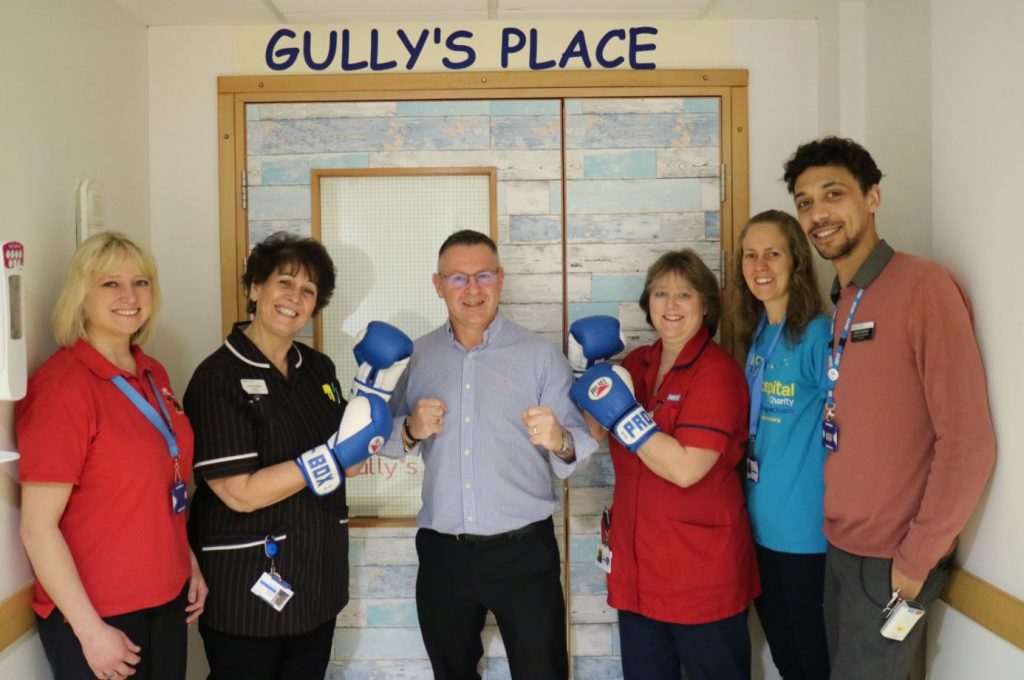 Gully’s Place Trust Fund has been developed under Poole Hospital Charity to support children’s palliative care across Dorset from diagnosis to death, in hospital, at home and beyond.Around four hundred infants across Dorset are living with life threatening illnesses. The Gully’s Place suite also provides families with a calm environment that has access to any needed support. For further information on visit here.

The fundraiser mentioned above managed to raise a lot of money for the charity but also helped out the Youth Cancer Trust. The headline match was between Shaun Weeks and long distance endurance runner, Pete Roper. The match was originally set up as a Joke as Paul himself had never boxed but considering the money that was raised it’s a good thing everything went ahead.

The event, on 19 December, was attended by 150 people. With a DJ, lighting and ring walks from both boxers the ring was set for the fight. At the end of the night Shaun walked away victorious with what was his 50th win.

Unfortunately for Shaun, his nephew was diagnosed with neuroblastoma, a rare form of cancer that occurs in the were tissue close to the spine. His nephew survived and these experiences lead him to supporting Gully’s Place.