BCP council has approved the plans for up to 167 homes on REIDsteel’s site in Christchurch after REIDsteel relocates.

John Reid & Sons Ltd (REIDsteel) secured planning approval from the BCP council for up to 167 homes on its four-acre site off Fairmile Road. This means the 130-strong company to relocate to a state-of-the-art new facility proposed near Bournemouth Airport. However, a separate planning application for the proposed new site near Bournemouth Airport has also been lodged with the council and is due to be decided. 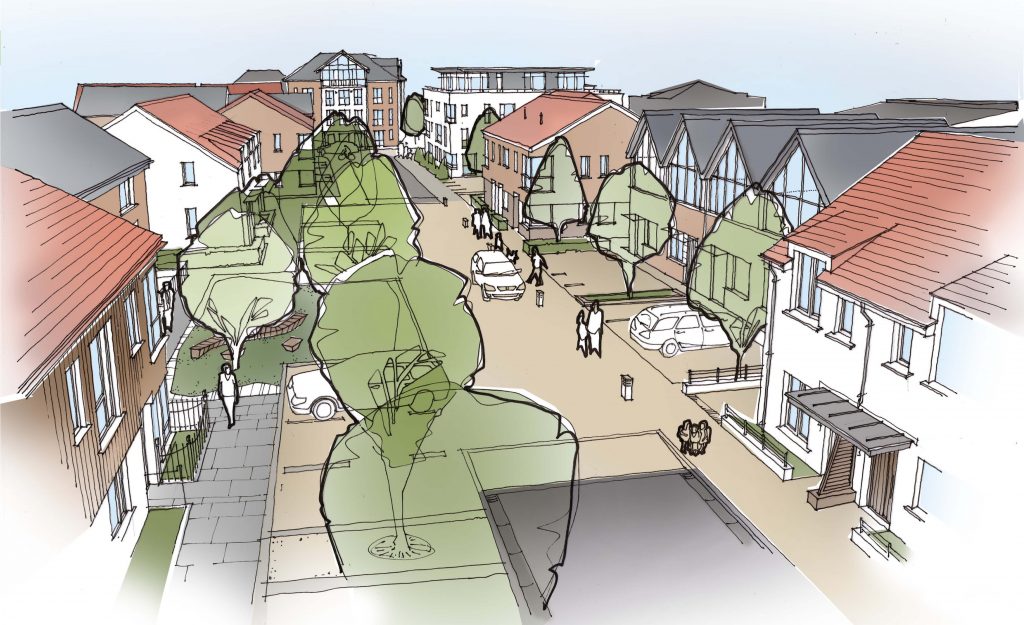 Artist’s impression of how new homes may look on REIDsteel site in Christchurch.

BCP Council’s planning committee gave the go-ahead for the residential scheme, which will also include parking and access. REIDsteel managing director Simon Boyd said: “This is a fantastic decision and a great start to 2020 for us.

“The new site is absolutely vital for the future of our company and will allow us to significantly increase productivity, create more jobs and grow the business over the coming years while cutting our carbon footprint.”

He added: “It will allow for regeneration of a key site in Christchurch, remove heavy industry away from the town centre, cut heavy traffic movements, and reduce noise and disruption for neighbours.”

Councillors voted decisively in favour of the scheme even after the opposition from a handful of members, including Cllr Peter Hall from the Christchurch ward. Mr Boyd said: “It was very disappointing to see Cllr Hall vote to refuse the application when we are probably the biggest employer in the town.

“He clearly didn’t understand what was behind the application, namely the future of a company which does so much for the community in terms of jobs, spend in the local supply chain and support of local schools.”