Former King of the jungle, Harry Redknapp has been announced as a new patron of the Diverse Abilities Dorset’s Disability Charity.

The Dorset charity have been pleased with Harry’s support over the last years and now are delighted to have him part of their team as an official patron. 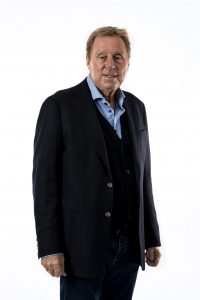 Diverse Abilities Charity was founded in 1955. It’s the only charity that supports children and adults with profound physical and learning disabilities, and their families, in Dorset.

Harry Redknapp has said at the press release: “It is my absolute pleasure to accept the invite from Diverse Abilities to become a patron of the charity.” After winning the title of becoming the King of the jungle on “I’m a celebrity: Get me out of here!” in 2018, Harry has secured a £5,000 cash prize for his chosen charity- Diverse Charity.

Speaking of his progression in the charity, Harry Redknapp said: “This feels very much like a natural progression as I have been doing what I can to support this fantastic charity for a while now. I am very pleased to make it official!”