Members of a cruel gang of rogue traders who targeted a vulnerable Bournemouth man have been jailed.

John Ward, aged 57 and of no fixed abode, was sentenced to three years and four months in prison at Bournemouth Crown Court last month, after admitting an offence of conspiracy to defraud.

Four other men were sentenced at Bournemouth Crown Court on Friday 8 November 2019 after being found guilty of conspiracy to defraud.

Noel Christopher Ward, aged 33 and of no fixed abode, was sentenced to three years in prison, which will be served consecutively to a six-year sentence he is already serving for other matters.

Daniel Mold, aged 30 and of Bowes Drive, Cannock in Staffordshire, was jailed for 30 months, Tony Smith, 49 and of no fixed abode, was sentenced to 26 months and Clifford Pritchard, aged 46 and of Forge Lane, Higham, Rochester in Kent, was given a 21-month jail term.

The victim, a partially-sighted man who lives in the Bearwood area, was approached at his home address by members of the group – including John Ward and Mold – on 10 January 2017.

They offered to do some work on the victim’s roof, initially stating that it would cost just £65 to clean his gutters.

They then offered to resolve roofing issues and a vermin problem. He was shown a rotten piece of wood, which the men claimed came from his roof, as proof of the work that was required.

Members of the group went with the victim to his bank on several occasions to get him to withdraw cash and in total he handed over £19,600.

Dorset Police was contacted after the victim’s bank raised concerns and officers attended his address. They seized a vehicle used by the rogue traders and documentation relating to the defendants.

Covert CCTV was also installed amid fears that he could be targeted further by fraudsters and on 20 February 2017 Smith and Pritchard visited the property and said they were aware of the complaint the victim had made about the previous work and they were there to finish it off.

They said that all the work had been paid for and went up to the roof. A short time later they returned and said the chimney stack had been damaged and needed additional repairs. They said this work would cost £8,000 but if he paid immediately it would be reduced to £6,500. Again the men pressurised the victim into attending the bank.

The victim contacted police while they were still at the address and Pritchard was arrested at the scene. Smith was located and dealt with at a later date.

On 20 March 2017 Noel Ward attended the address and claimed to be from a company called Fair Trade Trading Standards and attempted to get personal details from the victim. They were able to obtain his phone number and shortly afterwards the victim received a call saying he was being awarded £35,000 in compensation.

He told the caller to write to him but soon received a second call from someone who claimed he owed the victim compensation of £18,000. The victim recognised the voice as one of the men who had worked on his roof and refused to give details.

Following this incident officers then installed visible cameras at the victim’s home to act as a deterrent to any further potential offenders.

Following a detailed investigation by detectives from Bournemouth CID, officers were able to identify the offenders either through the CCTV footage or from the documentation they had seized.

Detective Constable Matt Cooke, of Bournemouth CID, said: “This group repeatedly targeted a man they saw to be a susceptible victim, ruthlessly exploiting him for their own financial gain.

“My thanks go to the victim for his support throughout the investigation and court process.

“I would also take this opportunity to urge anyone with concerns that they or vulnerable neighbours are being targeted by rogue traders to contact us if they have any concerns.

Residents with concerns about any work being undertaken at their property can also contact Citizens Advice Consumer Services on 0345 4040506 and any concerns will be passed to Trading Standards officers.

A sixth defendant – James Christopher Ward, known as Jimmy Ward – is wanted in connection with the investigation after failing to appear at court and being found guilty in his absence. The 29-year-old, from Chippenham in Wiltshire, is described as white, five feet seven inches tall and of medium build with short black hair. 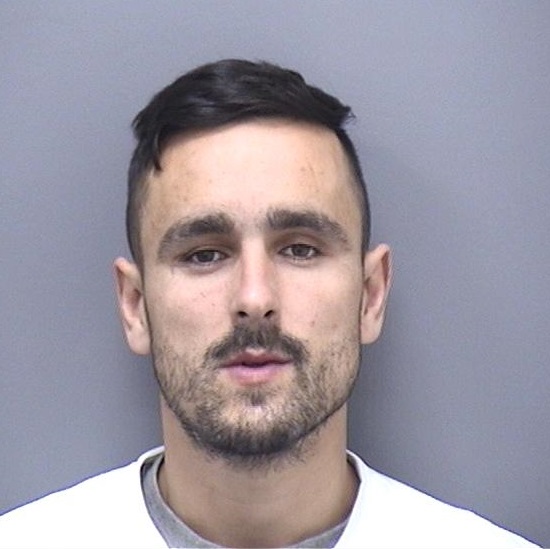