Officers investigating the theft of a large amount of alcohol from a supermarket in Poole are issuing CCTV images of three men they would like to speak with.

It was reported that at around 6.30pm on Wednesday 6 November 2019 two men entered Asda on Culliford Crescent in Canford Heath and loaded their trolley with £836-worth of alcohol.

A third man entered just before the other two left the store, acting as a distraction by using a tagged item to set the alarms off.

The first two men pushed the trolley through and left the store without paying.

Police Sergeant Carmel Ryan, of Dorset Police, said: “Following enquiries into this incident, I have obtained CCTV images of three men I would like to speak to.

“I would urge anyone with information about their identity to please get in touch.”

Anyone with information is asked to contact Dorset Police via email or by calling 101, quoting occurrence number 55190176037. Alternatively, contact Crimestoppers anonymously on 0800 555 111. 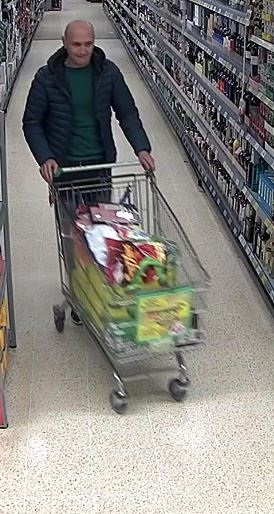