Officers are issuing CCTV images of two men they suspect were responsible for a fraudulent transaction at a plumbing and heating merchants in Wimborne, in an attempt to track them down.

The incident occurred at around 2.15pm on Monday 11 November at J&B’s Ltd. The two men, who’s names are unknown purchased a number of items with a total value of £717.46 . 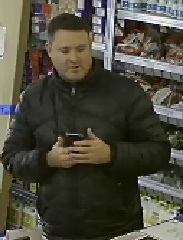 PICTURED: the two men (above and below) suspected of fraud, in J&Bs in November

But, after entering their card details into the machine and signing a receipt, their transaction was later stopped by their bank, leaving the store out of pocket.

East Dorset’s Police Community Support Investigator, Steve Willis said: “We are continuing to make enquiries into this incident and have made efforts to identify these two who were captured on CCTV.”

This comes after reports revealed that other plumbing merchants had experienced similar incidents involving men who matched the description of the suspects from the J&B’s incident. 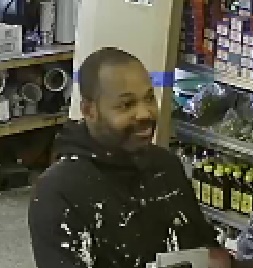 “I am appealing to anyone with information as to their identity to contact us. I would also urge the men pictured to come forward so they can give us their account.”

Anyone with information can email Dorset police or call 101 with the reference number 55190178096.