Christmas came early on the 10 December for some children and their families at Poole Hospital as the AFC Bournemouth team arrived for their annual visit.

During their time at the hospital, the squad delivered presents, posed for pictures and signed autographs for the children, parents and staff. 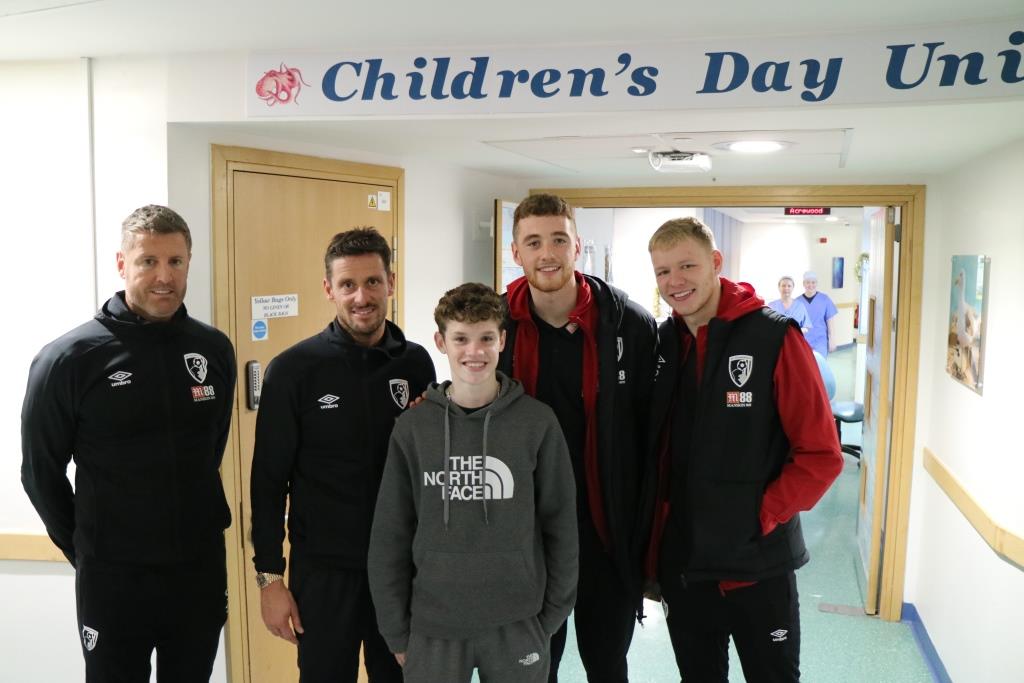 Club vice-captain Andrew Surman, forward Callum Wilson, midfielder Lewis Cook and Jefferson Lerma were just some of the players who came to spread the Christmas cheer.

Andrew believes it is a vital contribution for footballers at this time of year.

“It’s always important to come out into the community. It’s never easy to be in hospital but around Christmas I can imagine it gets a lot worse,” he said. “We’re really pleased to be here today and hope we’ve given the children and their families a bit of a boost.”

Teenager Harry Warwick received some extra special attention from the players as he is the grandson of Cherries legend, Ted MacDougall. Harry commented, “It’s been quite special seeing the team up close.”

Jacqueline Coles, deputy chief operating officer, welcomed the players and said, “It’s fantastic that the players find the time in their busy calendar to come in and show their support. The children were thrilled, not to mention the parents and staff.

“Their visit is definitely one of the highlights of the year, and we’re very grateful that they have once again made time in their busy schedule to meet our younger patients.”

Staff on the wards remarked that while Christmas was a difficult time of year for many patients, the visit significantly lifted spirits across the ward. Sister Alison Green was present at the visit.

Alison added: “The excitement on the day is just amazing. More than anything, it’s a chance for the children and their families to meet their heroes and be inspired. Bringing a little joy goes a long way in improving their hospital experience.”