Officers searching for a missing woman from Christchurch are issuing a further appeal urging the public to help in an effort to find her. 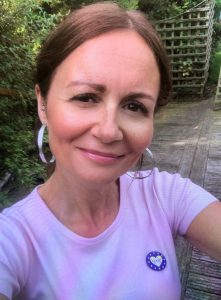 Sarah Moore, who had been seen by family at her home in Fairmile Road at around 9pm on Monday 9 December 2019 was reported missing at 9.31am on Wednesday 11 December as she had disappeared and was not at the address as expected.

54-year-old Sarah is described as white, five feet six inches tall and of very slim build with medium length wavy dark brown hair and brown eyes, she usually wears glasses and has a tattoo of two bluebirds on her wrist, and it is believed she may be wearing a long green coat.

Chief Inspector Neil Wood, of Dorset Police, said: “Officers have been and still are searching the area assisted by the NPAS helicopter and volunteers from Dorset Search & Rescue and Wessex 4×4 Response.

“As we have not been able to find any trace of Sarah and understand that she has been upset recently, we desperately need the help of the public, I am appealing for anyone who has seen her since her disappearance to let us know where and when this was. 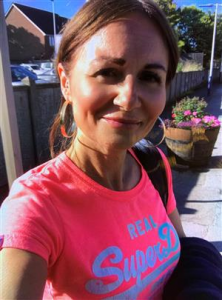 “Sarah would very likely have left her home on foot, therefore, we also urge anyone who has dashcam footage and was in the Christchurch area since Tuesday afternoon to check whether Sarah is featuring on it and the same plea goes to residents in the area who have home CCTV.

“As previously, I would like to appeal directly to Sarah if you see this appeal to contact us or your family as we all just want to make sure you are all right.”

Anyone with information or knowledge as to Sarah’s whereabouts is asked to contact Dorset Police or via email 101@dorset.pnn.police.uk or by calling 101, quoting incident number 11:85.

UPDATE: Previously released CCTV images were thought to be a sighting of Sarah Moore, but it is now believed this is not her.