A man from Bournemouth has been sentenced to three years and three months in prison after admitting to burgling more than twenty homes.

Alan Byrne, 52, appeared at Bournemouth Crown Court on Friday 29 November for his sentence after admitting to two burglary charges and asking for 22 other offence to be taken into consideration when sentenced.

The sentence comes after forensic evidence linked Byrne to a burglary that happened between 11 and 17 September, where a home in Hillcrest Road in Bournemouth was broken into and several items were stolen. 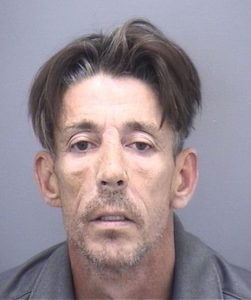 A torch recovered at the rear of the property linked Byrne to the crime as well as a shoe mark which matched a pair of trainers found in his possession when he was arrested on the 2nd October.

“I am pleased that through our investigation we were able to identify [Byrnne] as the man responsible for these crimes.

He clearly shows no regard for other people’s property and we are committed to ensuring that prolific burglars such as Byrne are brought before the courts.”

The defendant also admitted to burgling another house at an address in Wilton, Wiltshire and of the further 22 dwelling burglaries, 15 were in Bournemouth, 4 were in Wimbourne, 1 in Wiltshire and 2 in Hampshire.