After a CCTV appeal was issued by detectives looking to speak to potential witnesses as part of a rape investigation in Bournemouth, a woman has come forward to help.

Dorset Police received a report at 4.37am on Sunday 1 December 2019 that a woman in her 30’s had been raped in the Norwich Road area at around 4am and it is believed that the victim had met the offender earlier that night.

The victim continues to be supported by specially-trained officers as detectives investigate the incident. 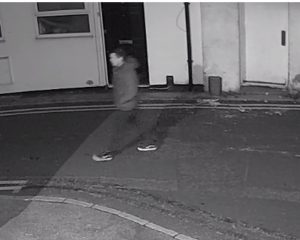 As part of their investigation, detectives issued a CCTV appeal featuring images of potential witnesses that they wanted to speak to who were in the area of The Xchange bar in The Triangle at the relevant time.

Following the appeal, a woman has now come forward and is assisting with the investigation.

Detectives are still keen to identify a man who was seen in the area at the time and the driver of a Fiat 500 who was also in the vicinity.

Detective Sergeant Jon Sainsbury, of Bournemouth CID, said: “I would like to thank the woman who came forward and would urge those who we are still looking to identify to do the same. 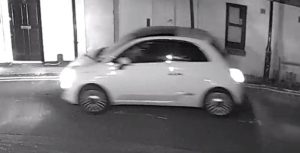 “Again, I would like to stress that these are individuals we are looking to speak to purely as witnesses who may have important information to assist our investigation.”

Anyone with information is asked to contact Dorset Police at www.dorset.police.uk, via email 101@dorset.pnn.police.uk or by calling 101, quoting occurence number 55190189047.