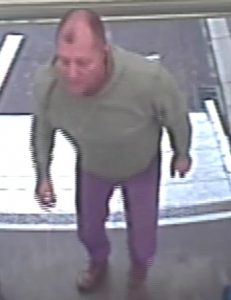 Dorset Police have released images of a man suspected of stealing £15,000 worth of mobile phones from a delivery lorry in Bournemouth.

The lorry was making a delivery in St Peter’s Road at around 10am on Wednesday 16 October 2019, but as the driver was away from the vehicle a man entered the trailer and stole two boxes of mobile phones.

Police Community Support Investigator David Singleton, of Bournemouth police, said: “We have been continuing to make enquiries into this theft and as part of our investigation have obtained images of the suspect.

“We have made efforts to identify this man but have so far been unsuccessful and I am now issuing them in the hope that members of the public can assist. 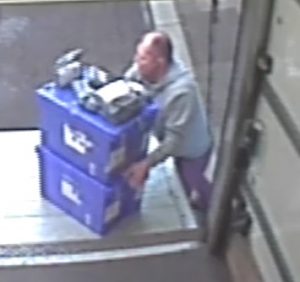 “I appreciate they are not the best quality images, but would urge anyone with information as to his identity please contact us.”

Anyone with information is asked to contact Dorset Police at www.dorset.police.uk, via email 101@dorset.pnn.police.uk or by calling 101, quoting occurence number 55190166435.