The concert will feature a full symphony orchestra and choir, classic Christmas songs and a few other surprises. It will be at the O2 Academy, Bournemouth on 13 December at 7:30pm. 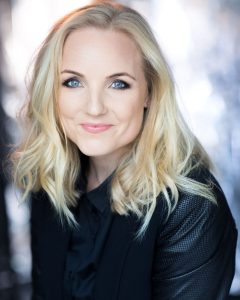 Kerry has played countless lead roles in the West End such as Fantine (Les Misérables), Nancy (Oliver!), Alice (Wonderland) and many more. She was the first British Elphaba in Wicked (London and Broadway), created the role of Meatloaf in We Will Rock You, and starred in the 2012 film of Les Misérables.

The last time Kerry was in Bournemouth she sold out the Bournemouth International Centre alongside Queen guitarist Brian May. She frequently records and tours with Brian, as well as performs in theatre, on television and radio across the world.

Questa Voce and Questa Musica perform two major concerts in Bournemouth each year and over the last decade have raised thousands of pounds for charities throughout Dorset. They have performed works from Mozart to Freddie Mercury and their members include professionals from the West End and the Royal Opera.

Questa representative Alex Hustler said: “We are really excited to have Kerry joining us to give Bournemouth the biggest Christmas concert this year. Our audiences are always incredibly supportive, as well as extremely generous with giving to local charities in the bucket collections at the end of each of our performances. We are looking forward to working with Kerry this December, and we have exciting future plans with her for the next couple of years!”

The next Questa concert after this will be Masterclass at The Shelley Theatre, performed by Questa Teatro and will take place from 5th – 8th February 2020.

Tickets for all concerts are available here.