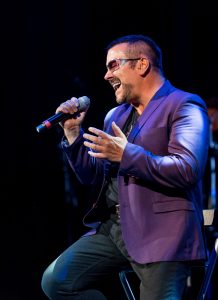 The show is being hosted at Poole’s centre for the arts, Lighthouse, on Friday 20 December at 7.30pm. There will be performances of many of his greatest hits in what promises to be an unforgettable evening celebrating the famous performer.

The global superstar died on 25 December 2016 after having a very successful career in the music industry. He rose to fame as a member of the duo WHAM! before later deciding to go solo. Michael sold over 115 million records worldwide making him one of the best-selling music artists of all time.

Some of the songs to be performed during ‘Fastlove’ are ‘Faith’, which held the number one position on Billboard Hot 100 chart for 4 weeks, ‘Wake Me Up’ and ‘Careless Whisper’.

To find out how you can book your tickets, click here,