This year’s Bournemouth Fireworks are set to be out of this world with special theme.

Peter Theakston, Operations Manager at Pains Fireworks, the company that has designed Bournemouth’s biggest and best-loved fireworks party for 23 years, has revealed the displays at the Littledown Centre on Saturday will have a space theme. The theme is a tribute to the fiftieth anniversary of the first man on the moon. 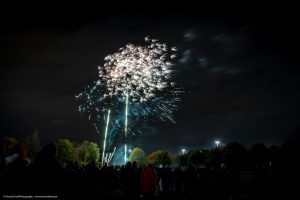 There are going to be three displays, including the region’s loudest and latest fireworks show, White Knuckle. Each display has been carefully choreographed to music ahead of the showcase as Littledown Centre on Saturday.

But Peter, a ranking former military musician himself, is remaining tight-lipped about the choice of music.

“There have to be some surprises, but you can be sure it will go with a bang.”

Bournemouth Fireworks is the only fireworks event on the south coast with three top quality displays set to music. The event is expected to bring in 8,000 people with its additional attractions including an inflatable zone and a disco.

Gates open at 5.30pm with fireworks displays at 7pm, 8pm and the White Knuckle at 9pm.

Tickets on sale now priced £8 (adult) and £5 (child) from the Littledown Centre and from here.