Giant problems don’t come much bigger than plastic – it’s choking our oceans and according to the WWF by 2050 there will be more plastic in the sea than fish.

Many of us are far more conscious about our use of plastics than ever before. People power has been instrumental in persuading governments to take action to tackle the problem. Whether it is through participating in protests or signing petitions, people want action against plastic to be taken. 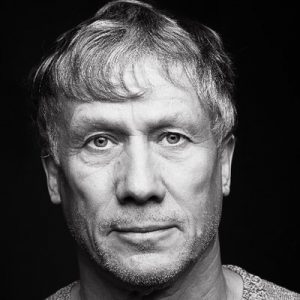 Peter Duncan, the former Blue Peter man and committed climate change activist who is co-producing and playing the Dame in Jack and the Beanstalk at Lighthouse, Poole’s centre for the arts, wants to build a Giant out of unwanted plastic.

“We need to show just how terrible the Giant is and at the end of the show we find out he’s so bad he’s made of plastic,” explains Peter, who has written the script with a strong eco-message. “It spoils nothing to know the Giant gets his comeuppance and having him made of plastic will make the boys and girls hiss and boo even harder.”

The activist is looking for any unwanted plastic items you may have laying around the house. From lilos to beach balls, anything will help, especially if it is colourful. He wants plastic of all shapes and sizes that he can use to fashion his ultimate polymer panto pariah.

Peter will be in Poole to begin rehearsals from next Monday, 28 October, and is inviting people to bag up their unwanted plastic and bring it to Lighthouse. Bags can be left at the Artists’ Entrance reception in Seldown Lane until lunchtime on Friday 2 November.

The producer has confirmed that all donated plastic will be properly recycled when the show comes to an end.

Jack and the Beanstalk opens at Lighthouse on Thursday 12 December and runs until Sunday 5 January. Tickets and information here.