Three members of a drug gang from London that operated on the streets of Bournemouth have been ordered to pay thousands of pounds by a court. 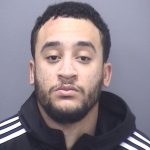 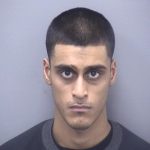 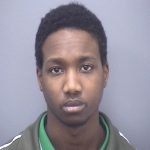 Shahed Nowaz, aged 24 from Vine Close in Hackney, Reece Britt, aged 26 from Mitchison Road in Islington, and Sion Jennings, 20 from Wiltshire Gardens, Harringey, were all jailed on Thursday 15 November last year after admitting conspiracy to supply class A drugs.

The prosecution arose out of a detailed investigation by Dorset Police’s Serious Organised Crime Investigation Team (SOCIT) into a gang’s operation to supply heroin and cocaine in Bournemouth between December 2017 and January 2018.

Following the sentencing, the Force’s Financial Investigation Unit initiated proceedings under the Proceeds of Crime Act (POCA) 2002 to recover assets from the gang.

At a hearing at Bournemouth Crown Court on Friday 11 October 2019, a judge ruled that the total benefit figure Britt had obtained from his offending was £17,299.57 and that he had £5,244.20 in ‘realisable assets’ (these are physical assets and money that the person has that can be seized). It was also ruled that Jennings’ total benefit figure was £16,095.91 and that he had £4,046.20 available.

Confiscation orders were made for the available amounts and both defendants will have to serve an additional term of six months in prison if it is not paid.

A week later at a further hearing on Friday 18 October 2019, it was ruled that Nowaz’s total benefit figure was £70,916.60 and a confiscation order was made for £5,111.20 that he was judged to have in realisable assets. If this sum is not paid the default prison term is nine months.

During the investigation Dorset Police seized more than £5,000 in cash and two vehicles. The cars will now be sold and all the funds will be retained under the latest confiscation order.

Detective Constable Scott Brimicombe, of the Financial Investigation Unit, said: “I hope this case is a further demonstration that we will use the ‘Proceeds of Crime Act’ legislation where it is available to take illegal earnings from criminals.

“As with all Proceeds of Crime confiscation orders, the outstanding benefit figure is still owed and the case will be reviewed in the future to ascertain if the defendants have acquired further assets.”