Amid recent reports on social media of thousands of local people not receiving BCP Council’s BCP News magazine, new shocking images have come to light of thousands of copies dumped at a local waste plant. Some of the copies were still sitting unwrapped on pallets waiting for the delivery that never happened. 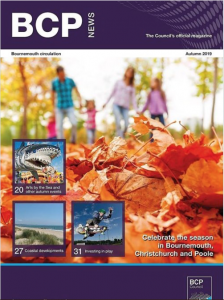 The autumn edition of the council’s BCP News, many of which ended up as waste in a local recycling plant

The pictures supplied to BH Living by a concerned local resident show the Waste Facility in Poole piled high with the latest Autumn edition of the magazine, along with labelling that reveals a little over 68,000 copies had been printed – seemingly short of the 183,000 copies needed to ensure every resident receives a copy.

BCP News is published quarterly by the council and is a primary tool for communicating with every resident in Bournemouth, Christchurch & Poole (BCP). The magazine is intended to be delivered to every home in BCP but as our pictures show, not only are not enough copies being printed to ensure every home receives a copy, but thousands that should have been delivered to residents have ended up discarded as waste.

BCP council has recently been flexing its environmental muscles with the announcement of a ‘Climate Emergency’ in August and the recent announcement at cabinet this week of the recruitment of a ‘Zero Carbon Support Officer’ for £35k per year. 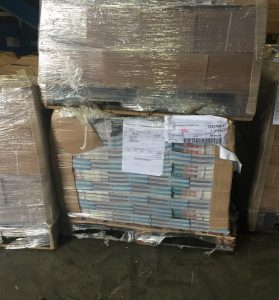 Pallets of the latest edition waiting to be destroyed

And yet, as our pictures show, very little regard has been shown to the environment with so many copies undelivered and ending up going through unnecessary recycling processes. At more environmental cost, the magazines produced in the north of England, have travelled hundreds of miles only to end up in a southern based waste plant.

Many residents will be left wondering how much financially this has cost local tax payers.  A statement on page 3 of the council’s magazine states “BCP News is entirely funded by advertisers” and also that “183,000 copies are produced and distributed”. 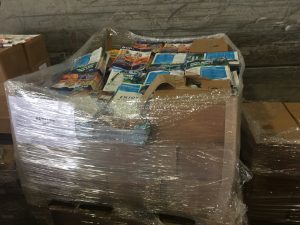 BCP News is produced by Blackpool based publisher Community Information Services, (also known as CIS Press) on behalf of BCP Council. CIS, appointed in 2018, are responsible for advertising sales, printing and distribution, along with Smart Distribution Services based in Wales. They landed the contract because they claimed to be able to design, print and deliver the magazine to every resident in BCP without charging the council a penny. 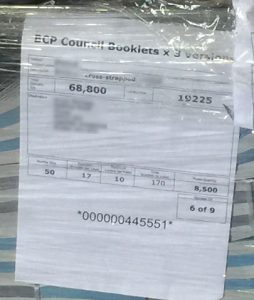 The job description appears to show only 68,800 copies have been produced instead of the promised 183,000.

Despite this claim, BH Living has obtained figures that the council has paid CIS over twenty thousand pounds in the past year. BCP Council also employ staff to write and create content, meaning local tax payers are still picking up a hefty tab for the production of BCP News. The news of so many dumped copies now discovered, as well as the council seemingly being duped into thinking every resident was getting a copy, will be alarming to many councillors, local tax payers and businesses alike.

We spoke to an advertiser who featured in BCP News and who parted with thousands of pounds in advertising to feature in the council’s magazine. They wished to remain anonymous for legal reasons but said “I am appalled at this news. The pictures are damning and paint a very dim view of the council. I was told this magazine reached every home in BCP and paid a sizeable sum to advertise based on this claim. I will be asking for my money back as no doubt will many others” 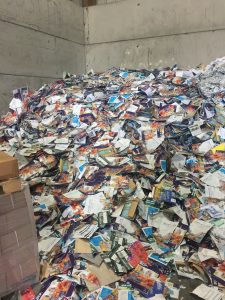 He went on to say “I, like many others in the town, try my best to be as environmentally friendly as I can by recycling and re-using and to see the council having such little regard for the environment makes my blood boil”.

BH Living approached Cllr Vikki Slade, Leader of BCP Council for official comment but she declined our invitation and asked the Council’s Communciations Team to respond, although we’ve not received any official response from the Communications Team on the matter,

However BH Living did track down local councillor for Oakdale Dr Felicity Rice (Ind) who is BCP’s Portfolio Holder for Environment & Climate Change who said she was ‘surprised at the news’ and immediately responded “How has this happened? We obviously don’t want any unnecessary waste and it needs looking into straight away” Cllr Rice promised to raise the issue with the relevant people within the council.

Although BH Living has been asking for a further statement from the council, none has been forthcoming with Georgia Turner, the Council’s Communications Team Leader telling us this morning (14 October) that the council have nothing further to add to add Cllr. Rice’s comments.

The Council’s Communications Team are responsible for the communication of council news across the three towns including the production of BCP News which is at the centre of this news story.

The lack of official comment from BCP council and any of its leaders will undoubtedly lead residents to ask whether there might be a ‘cover up’ over what is a serious environmental issue. It also raises questions about the council’s environmental credentials which have been promoted heavily in recent weeks.

*STOP PRESS* In an update to this story, the council have recently issued a press release to residents advising that between 6000 and 9000 copies of the council’s magazine had been accidentally sent for recycling after a misunderstanding between contractors. After discussions with the contractor, measures were now in place to mitigate against a similar occurrence in the future.

Are you affected by this news? Perhaps you’re an advertiser or someone who was looking to get their message out through the council’s magazine? We want to hear your views. Comment below or contact us: editor@bhliving.co.uk