Cheshire Cats follows the antics of a group of friends as they stride across the capital in record time in their decorated bras and posh new trainers, but one of the team doesn’t seem to meet the physical criteria!

This London Moonwalk adventure is a cross between a girls’ night out and a real mission to support a cause so close to many hearts, with plenty of laughs and a few tears along the way.

“A genuinely funny and even touching ensemble piece”

“Moving, emotional, poignant, and best of all it makes you laugh…”

The Players’ was founded in July 2005 to provide an outlet for members of P&P who wanted to perform.

Since then, P&P Players has gone on to win awards with their One Act Plays, competing in the Dorset Drama League Festival (part of the All England Theatre Festival).

The Players have had huge success with their productions, especially Rebecca, Steel Magnolias and A Bunch of Amateurs, even performing a show penned by one of their own members in 2013 (Changing Fortunes by Alan Bulloch). The plays are performed at the Bournemouth Little Theatre, the Barrington Theatre, and more recently at Broadstone Memorial Hall.

To buy your tickets to Cheshire Cats, visit the website here. 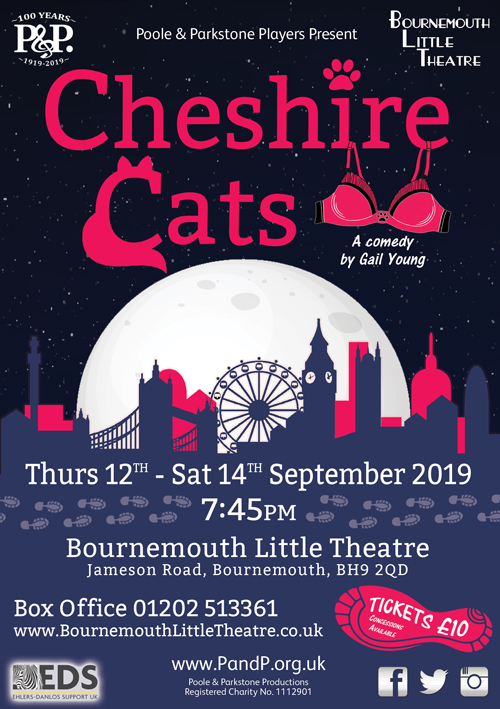