Hitting all the right notes is a dedicated dementia care home in Bournemouth with its new community choir.

Colten Care’s Fernhill in Longham near Ferndown, launched the choir this summer and the home’s residents and their carers welcomed a host of local people for the first session, which took place on the 18th of July.

1 in 6 people over the age of 80 have dementia with 70% of people in care homes having the disease or severe memory problems.

Music has been shown to be a powerful memory retention tool and good for the brain overall, as well as, of course, how singing can definitely boost your general mood too.

So why is singing good for dementia? 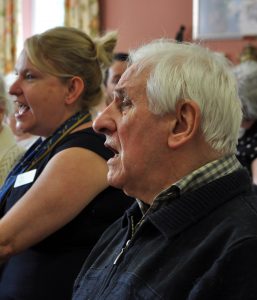 Very familiar songs may be remembered when other memories of past lives are forgotten.

Human memory can be quirky and complicated and even sometimes unreliable, but studies show that like memorizing other new things, singing can boost the level of acetylcholine, which is associated with memory, in your brain.

Fiona Pritchard, Colten Care’s Music and Arts partner said: “Fernhill residents and staff have been singing together as a choir for over a year and were keen to extend the opportunity to the wider community.

“It’s been fabulous to welcome so many local people in to sing with us and I think we’ve all been pretty impressed both by how much fun it has been and how good we already sound together.”

Fiona continued: “Thanks to the recent success of the BBC documentary Our Dementia Choir there is an increased awareness of the benefit of singing.”

In an interview with the Open University, Vicky McClure, who featured in the documentary Our Dementia Choir that so readily inspired the local efforts of Fernhill Community Choir, discussed her personal experience with dementia and what she hoped people who watched would have taken away from the series: “I can only hope that the outcome of this documentary is that people go away and set this up in their villages, home towns, cities, care homes, hospitals, schools, I don’t care where it is, just do it! I can promise you now, you will end up with a big smile on your face. You will sing a little bit louder and just feel a little bit better. And that’s what this is about.”

And that is exactly what happened! Around 20 people from the local community attended the first choir meeting which will go on to meet at 2.30pm on the third Thursday of every month.

In the forthcoming sessions the choir will be singing music from the 1930s to the present day, with a backdrop of recorded music or live guitar and piano. They are free to go along to and the words to all songs as well as refreshments are provided.

Fiona went on to say: “Importantly, we want to show the joy and fun people can experience when singing with others.”

One of those, who enjoyed the first session thoroughly, was Brian Smithurst from Northbourne. Brian said: “It’s been lovely. We’ve sung Scarborough Fair and also some Beatles songs and it’s been really enjoyable to meet the residents and their carers and just get together and sing.”

Our musical memory is thought to be distinctive from our other memory systems and can be preserved even when other aspects of memory are affected, such as might be the case with those living with dementia.

This is like how very familiar songs may be remembered when other memories of past lives are forgotten.

One example that research finds is the famous American singer Glen Campbell (now deceased) who was still performing live despite developing Alzheimer’s.

From the documentary Vicky went on to say that: “Nobody wants dementia, nobody. I don’t want to see anybody else diagnosed with dementia, but I can guarantee you we’re heading into the stats you know, 850,000 people in this country currently living with dementia, that’s only going to climb.”

And she said it best, with figures published by the Alzheimer’s Society saying there are in fact 850,000 people currently living with dementia in the UK. 225,000 people will develop dementia this year, that’s someone every three minutes. 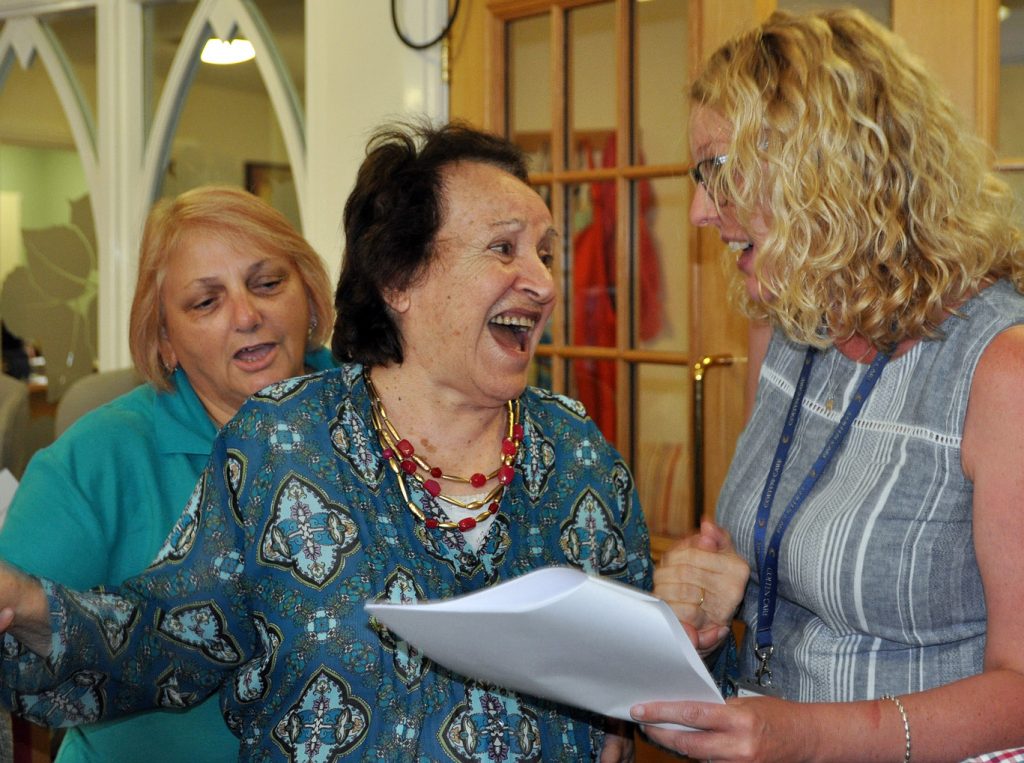 Singing can boost the level of acetylcholine, which is associated with memory, in your brain.

There is no cure for dementia but delaying the onset of dementia by five years would halve the number of deaths from the condition, saving 30,000 lives a year.

University student Amelia Caley also attended the choir session at Fernhill and was accompanied by her grandmother Diane Hughes.

Amelia said: “I have been looking for something to share with my grandma. She taught me many old songs when I was growing up and we have both really enjoyed singing together today.”

People can still live well with dementia, and projects like Fernhill’s certainly help the enjoyment of the lives those with the disease live.

For more information about the choir project and Colten Care’s Fernhill contact: 01202 651800.