A 12 year old girl from Dorset has organised a bake-sale for Lewis-Manning Hospice and raised £680 for the charity.

Verity took the initiative to set up tables outside the family home and displayed an array of delicious treats, which included everything from cupcakes, chocolate cake and Victoria sponges.

Neighbours and passers-by stopped and purchased the cakes, then all the money raised was counted and donated to the Lewis-Manning Hospice.

The family have been loyal supporters of the charity and have put on previous fundraising events to help raise money.

CEO of the hospice the funds were being raised for, Clare Gallie, said “Verity is an inspiration to us all, she has shown such care as well as true entrepreneurial spirit.”

Lewis-Manning Hospice is Poole’s voluntary hospice offering free specialist palliative nursing care to the people of Poole, Bournemouth and the surrounding towns and villages living with cancer and other life-limiting illnesses. 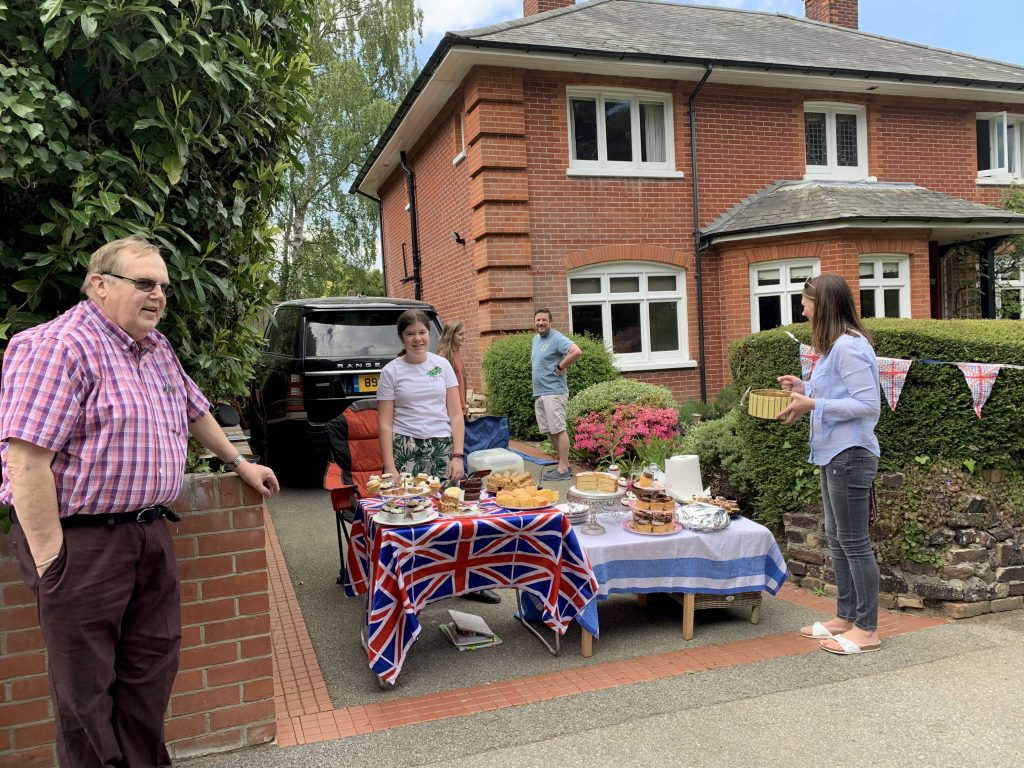 Photo shows Verity with bake customers and her helpers

“We’re so impressed with her initiative and the amount of money raised during her fundraising drive whilst studying at school, learning a new language and a musical instrument! It costs a lot to provide our important services for the local people of East Dorset and we need more people like Verity to help fund raise for Lewis-Manning Hospice as their support is vital.”

For more information on Lewis-Manning Hospice and their activities click here.