Dorset Police have partnered with domestic abuse charity The Hampton Trust to launch an innovative new programme which will tackle violence and abuse throughout Dorset.

Domestic Abuse accounts for 10% of all recorded crimes in the UK, a trend supported by Dorset Police data which shows the number of domestic crimes increasing year on year.

In the scheme, which was launched on the 5th of August and commissioned by the Office of the Police and Crime Commissioner for Dorset, perpetrators of domestic abuse in the county will attend two full-day Cautions and Relationship Abuse (CARA) workshops as part of a conditional caution issued by police.
Chief Executive of The Hampton Trust Chantal Hughes said: “It is an honour to work alongside Dorset Police to deliver CARA in Dorset.” 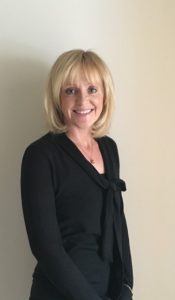 The first of its kind in the UK, CARA workshops are an early-intervention method designed to target low-risk offenders and work with them to prevent re-offending and ensure victim safety.

Martyn Underhill, the Police and Crime Commissioner for Dorset, said: “Domestic abuse is a damaging crime which ruins lives, so it’s vital we act early to stop situations from escalating.”

Of those who attended workshops so far, 94% reported a change in attitude towards their partner, while 91% felt it assisted with issues in their relationship.
For more information on CARA and the work of The Hampton Trust click here.