Students at the school had the opportunity to enhance their footballing skills under the expert guidance of the two popular AFC Bournemouth players during a fun-filled afternoon.

Thirty lucky students were selected to take part in the session, with 60 others joining their classmates for a question and answer session with the Bournemouth stars.

AFC Bournemouth Community Sports Trust’s Primary Stars initiative is sponsored by Medhurst IT, and looks to inspire children to learn, be active and develop important life skills through football. 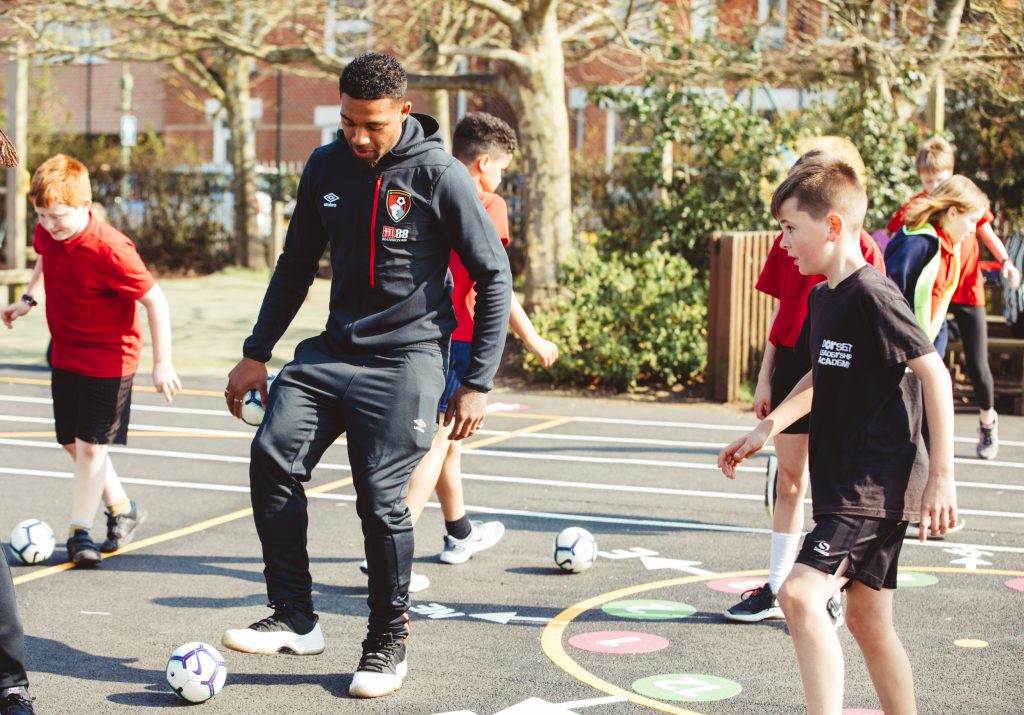 Head of Community at AFC Bournemouth, Steve Cuss, said: “We take PE sessions to schools across Bournemouth and Poole and we’ve been very lucky to have had Nathan and Jordon join us to participate in the lesson.

“The two players have been fantastic. Nathan is the club ambassador for the project and he’s supported it right from September since the start of the school year and has attended a number of different sessions.

“It’s always special when players come along and join in – the kids have been getting some really good advice and it’s been a fantastic afternoon.

“We’re really grateful to Medhurst IT for supporting this programme. We’re in and out of schools as often as we can be – today we’ve been in 20 different schools delivering the Primary Stars project.” 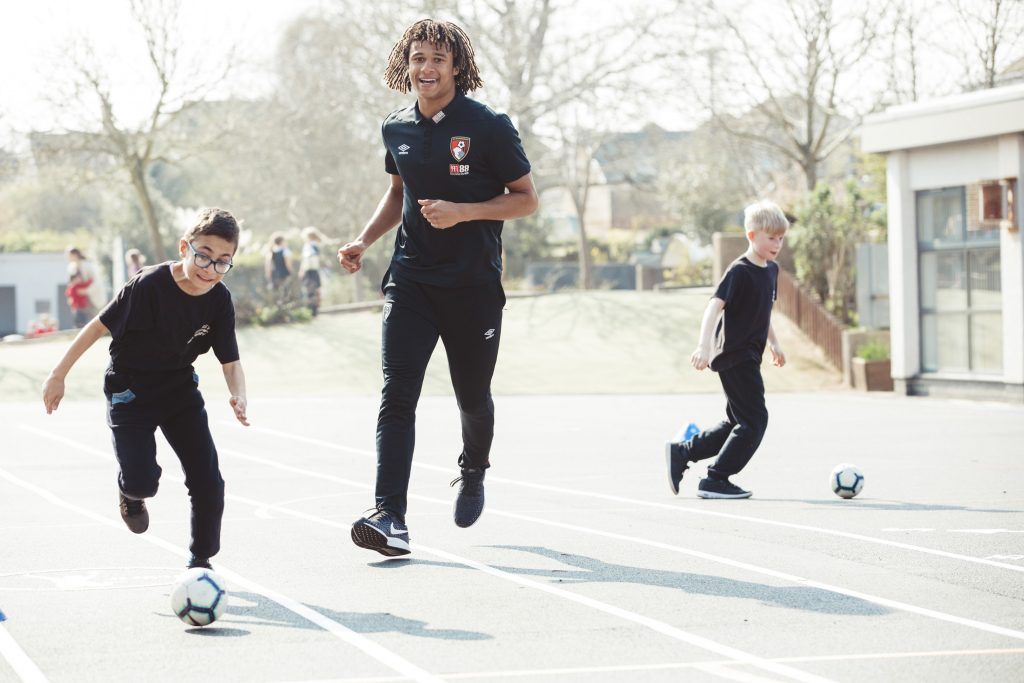 Nathan Ake also gave his thoughts after spending time with the students. He said: “It’s always great to take part. We’ve been to sessions a few times now and it’s good to see the children smiling and being able to interact with them.

“There was clearly some talent out there – a few kids who were really good – but the main thing is that everyone enjoys themselves and we joined in a few little games. People were showing their little tricks and that was great to see.”

Charlie Baynes from Medhurst IT said: “We’re delighted to be supporting the Premier League Primary Stars programme, as we have in recent seasons.

“When you see the energy of the students involved it shows you what an exciting time it is for football in the area, and we are happy to be a part of that.”