UB40 featuring Ali Campbell and Astro kicked off their latest UK wide tour last night (25 March 2019) with a classic evening of Reggae at the BIC in Bournemouth at the opening night of their 2019 ‘A Real Labour Of Love and 40th anniversary’ UK wide tour’. 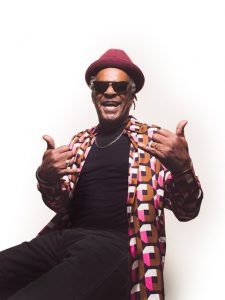 There was real atmosphere of eager anticipation as the packed Solent Hall waited for the main act and they were not left disappointed. As you would expect they put on a show that will live on in the memories of the thousands gathered. The opening song was the 1984 hit “If It Happens Again”, a protest song they wrote after the 1983 Margaret Thatcher election victory which contained the line “If it happens again I’m leaving”…..incidentally it did happened again in 1987 and they didn’t leave but carried on writing great music!

A party atmosphere of song and dance hung in the air all evening as the audience lived the dream of a warm sultry Caribbean night. Whilst the white sands of Bournemouth may have added to the vibe, it might have been a bit too cold on a chilly March night to have had an open air gig – but maybe one day. The party mood was not even dampened when a speaker blew during “Kingston Town”, it just added to the happy mood of the evening.

The show ended with their 1983 hit “Red Red Wine” from the album “Labour Of Love”, a song originally written and performed by Neil Diamond 1967. The UB40 version was one of their biggest hits reaching number 1 in six countries including the UK, US and Canada.

To keep up to date with other concerts and events taking place in Bournemouth visit the BH Live tickets website www.bhlivetickets.co.uk