Legendary reggae band UB40, featuring Ali Campbell and Astro, open their 2019 ‘A Real Labour Of Love and 40th anniversary’ UK wide tour in Bournemouth next month, 25 March in the Solent Hall at the BIC. 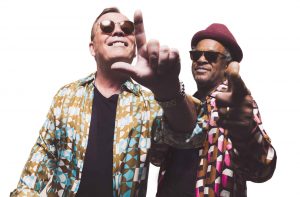 Fresh on the success of their ‘A Real Labour Of Love’ album, their most successful album in 25 years Ali Campbell & Astro along with a live band will then stop off in other major cities including Hull, Birmingham, Manchester, Nottingham, Sheffield, Cardiff, London (O2) and finally Brighton.

It promises to be a real party atmosphere in sunny Bournemouth as the band will be celebrating with a greatest hit set that features global smashes including ‘Red Red Wine’, ‘Cherry Oh Baby’, ‘Rat In Mi Kitchen’ and ‘Kingston Town’. Ali Campbell & Astro will be joined on-stage by their incredible eight-piece reggae band.