The BCP Council emblem is made up the outline of the areas unique coastline with 113 dots representing the 76 Councillors, 33 wards and the 3 towns all representing 1 council. The logo’s design had a budget of £8000 and has received mixed opinions with one Poole councillor, Cllr Mark Howell (Leader of Poole People) likening it to a ‘snowstorm’ while others did like it commenting on social media including “CD” in Southbourne who said “It’s much better than the original squiggles so I’m glad they listened to the public feedback” 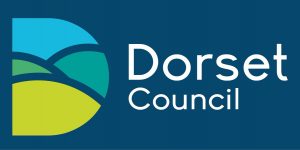 The logo for the new Dorset Unitary Council was creating in-house at zero cost and features the counties rolling hills landscape aimlessly blending with its blue sky and sandy beaches. A council spokesperson said the new logo had been designed so that it is easily recognisable on digital platforms, on council websites and literature as well as being easily recognisable by the residents in the county.

Both authorities new logos both become effective as of 1 April 2019 and even then will be rolled out gradually as and when its use is required to avoid unnecessary expenditure.