On 1 April 2019 the new BCP Unitary Authority Council (Bournemouth, Christchurch, Poole) will be coming into existence meaning the current Borough Councils in all three towns will cease to exist.

The main idea behind the creation of the new BCP Authority is to deliver services more easily and cost effectively through our conurbation. However there is growing concern that many Christchurch residents are unaware of a new Town Council for Christchurch set to run in addition to the newly formed unitary authority, potentially costing Christchurch households an extra £25-£30 per year, with one source quoting a figure as much as £120 extra per year per dwelling. The final figure will be decided upon shortly.

A public consultation process had been undertaken by Christchurch Borough Council to gauge public opinion on Christchurch having it’s own Town Council. Based on the majority of the responses from the consultation, it has now been agreed that two new town councils will be formed, one called Christchurch Town Council and another called Highcliffe and Walkford Neighbourhood Council. Both created in addition to the current parish councils of Hurn and Burton.

The Christchurch Borough Council ‘Local governance review’ public consultation began on the 25 May 2018 and ran through until Midnight on Friday 20 July 2018. The Council told us that notices of the review were posted on the “Dorset for You” website as well as on the Council’s Social Media feeds. Our research showed that it was posted on the Dorset for You website on 28 May and posted on Twitter on 29 May, 12 June, 20 June, 4 July and 17 July, We found no notice of it on the councils Community Links – Christchurch and East Dorset Councils Facebook page and no evidence of any significant printed communications to make local residents aware.

With the formation of the new council now already decided, many residents have been left feeling excluded from the whole process.

The official council figures state that they received 225 responses to their review. Taken as a percentage of the Christchurch Population of 47,800 residents (2011 census) the council based their decision to create two new town councils on the views of just 0.4% (less than half of one percent) of the population it represents.

In contrast, when the council were seeking the views of residents in the recent referendum to canvas opinion about the potential council merger, a paper with supporting information was sent to every home in Christchurch. It leaves many people asking why the council failed to properly inform and canvas opinion on their proposals to form a Town Council, especially as it is now costing local council tax payers more money to support it. 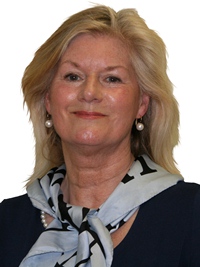 Despite, what some would deem as a low return of responses to the review, the creation of the two new town councils is seen by many as a benefit to the town and an additional layer of accountability to the new BCP council, particularly when it comes to planning, Cllr Lesley Dedman (Con – West Highcliffe) told us: “the benefit of having a Parish Council is that it is a body which has a statutory right to advise and be listened to by the superior council, which is especially important on matters like planning. Christchurch Borough Council was an independent planning authority, but that role will now be taken by the Unitary Council which will span Bournemouth and Poole as well as our area. It is going to be essential for the Councillors on the Unitary Planning Committee to inform their decisions on planning in Christchurch, Highcliffe, Hurn and Burton by guidance from the parish councillors. The new parishes will have a strong role to play in this and other local matters.’

Another area where many see the benefit is the retention of a local Mayor. Cllr Bernie Davis (Con – Purewell & Stanpit) said “A town council is needed for the Mayoralty and other historic civic duties to continue” However another councillor who didn’t wish to be named disputed this theory, citing Poole and Bournemouth who could both be retaining their mayor at very little extra cost to local tax payers. 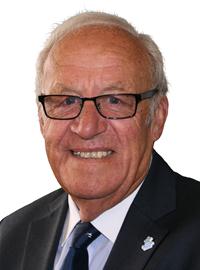 Addressing our concern that local tax payers will be paying more, despite an assurance that Christchurch Council Tax payers will see no increase for 7 years on their basic council tax, Cllr. Davis went on to say “The new town council WILL cost local ratepayers more in council tax by way of a further precept. This is despite the current council tax for Christchurch residents being ‘frozen’ for a period of 7 years in order that harmonisation with Bournemouth and Poole ratepayers takes place”

The point regarding whether or not local council tax payers will pay more for a Town Council does undoubtedly raise concerns from many about why this extra cost doesn’t appear to be mentioned in any of the public consultation documents and does not feature in any of the questions asked during the Local Governance Review.

Were the questions in the consultation fair?

The questions asked both the proposed Christchurch Town Council and the proposed Highcliffe & Walkford neighbourhood council were:

The question missing from the consultation and which has subsequently angered many Christchurch residents appears to be: “Are you happy to pay an additional precept on your council tax bill to pay for the new town council?”

Many opposed to the new Town Councils

Based on the new evidence we have obtained, it appears that there is considerable opposition to a new Town Council costing local Christchurch tax-payers more money.

Recently we asked opinion on the proposed new Town Councils on BH Living’s own Social Media channels and although we received both positive and negative comments, by far the majority of comments were unfavourable.

‘JM’ said “No, we are going through enough problems at the moment with the merger so everything should come under their umbrella, it just feels like Cllrs just want to keep their jobs”, another person ‘MMC’ said, “I cannot understand why the cost will be so high”

‘NW’ said: “I knew nothing of this Town Council”, they went on to say, “As for the Mayor and Town Council staff, again this should all come from a central point, otherwise it makes a mockery of the new merger”

Some were in favour, ‘AWY’ said, “on the surface it seems a reasonable idea, but will this additional tier have any power?”

Alternatively write to the editor at editor@bhliving.co.uk