Liz Willingham has been elected president of Dorset Chamber of Commerce and Industry, in time for its 70th anniversary year. 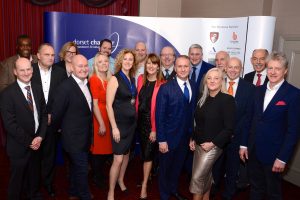 During her inaugural presidential speech, Liz pledged to raise the profile of opportunities for young people across the county, and to help to highlight the importance of supporting wellbeing and mental health in the workplace.

She plans to help position Dorset Chamber as approachable for young entrepreneurs who she described as ‘the future of the county’s business success’.

Liz also hopes to support the positioning of Dorset as a shining example of business excellence across the country.

“It is a great honour to help steer and lead Dorset Chamber in partnership with a host of talented business men and women.

“Having run my business from Dorset for 20 years and having been on the chamber’s board for the past two years, I feel confident that I can bring energy, enthusiasm and experience to the role. During my time as president, I would like to create some positive opportunities for the Dorset Chamber.”

Also elected to the board were REIDsteel MD Simon Boyd, as well Jason Gault and Caron Khan, who were confirmed as non-executive directors for another year.

Matthew Fretten was appointed honorary solicitor and James Robinson of PKF Francis Clark as honorary treasurer. Chris Kane of Greendale Construction was elected as an ambassador.

Dorset Chamber chief executive Ian Girling said he is excited to be working with Liz, adding:

“This is a big year for the chamber with our 70th anniversary but it is not all about heritage. It is about the future too as we are a modern, innovative vibrant chamber which is intent on being inclusive and relevant to the business community.”