Researchers at Bournemouth University and Poole Hospital have been contributing to international research, designed to improve the experience of fathers in neonatal units.

The research has suggested that fathers can be treated like outsides in neonatal units, and that better communication and engagement is needed, to help them bond with their babies.

The report, ‘Fathers in neonatal units: Improving infant health by supporting the baby-father bond and mother-father co-parenting’, lays out 12 recommendations for units, to improve engagement with fathers, and enable greater father-baby bonding with ill and premature babies. These include:

Professor Minesh Khashu, consultant neonatologist at Poole Hospital and visiting professor of perinatal health at BU, is the research chair for the international group that authored the paper. He says: 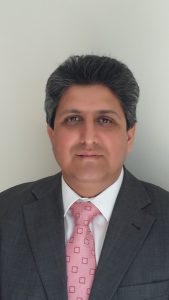 “The paper is basically asking for a shift, saying that fathers should be seen as important as the mother, and a co-parenting paradigm is the best way forward.

Generally we find that fathers don’t necessarily get all the attention they need. Even though fathers may not have the same degree of hormonal changes that the mother has, we are beginning to discover that changes do occur in dads as well…and these play an important role in the father-child bond.”

“In maternity units, like ours in Poole, we are becoming increasingly aware of the needs of fathers, especially when they perceive events around birth as traumatic.

Over the past few years, the NHS has increased its efforts to support good emotional and mental health in both men and women.”

More about the research paper

The paper was co-authored by a wide range of international experts from universities in Australia, Canada, USA, France, Sweden, Denmark, and Italy alongside charity The Family Initiative, BU and Poole Hospital.

It was published in the Journal of Neonatal Nursing and can be read here.