If you like your music loud and 80’s style then the Windsor Hall in Bournemouth was the place to be on Friday night (30th Nov 18) as we were sent back to the 1980’s with a set of pure brilliance performed by Sheffield based band The Human League who along with support Midge Ure and his band Electonica gave a packed venue a classical electric 80’s live set.

Formed back in 1977 many of their greatest hits came during the 80’s and looking around a packed venue at this gig you could see a hall of people who just loved the music then and still love it now, with many on their feet, which in many cases would now embarrass their children, but in the confines of the Windsor hall we were all magically spelled by this great sound that is as good today as it was back then, only now we probably appreciate it even more. 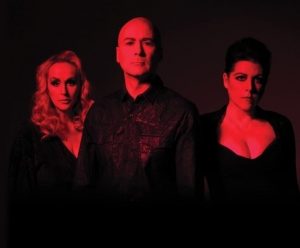 The set was immaculate, just three mic’s and three signers with a giant backdrop of cubes projecting video and light imagery of high but spectacular intensity, along with Phil Oakey were the two front vocals Susan Sully and Joanne Catherall.

Seconds, Don’t you want me, Fascination and Mirror Man were just some of the great past hits they played which ensured the audience were soon up on their feet, with some more modern material mid-way through they went back to their original and best with other past hits like The Lebanon before finishing the evening off with the classic Electric Dreams.

To help get the evening underway the support band was the brilliant Midge Ure and his band Electronica, I use the word ‘support band’ lightly as this was a show in itself, they were incredible playing well known hits like “If I was” and the Ultravox classic “Vienna”.

Evenings like this are great and take us all back in time to the 70’s and 80’s when it can be argued was the best two decades for music, yes there are many excellent tribute bans that play many gigs in many venues but if you do get a chance to see the real deal then take it as many today are as good as and I would even say they sound better now than they did back then.

The Human League are currently touring with their “Red Live 2018” show covering both UK and European dates which started back in October and ends Saturday 8th December in London.