Thinking about getting tickets for this year’s family Christmas show? You’d better be quick, as with just weeks to go, tickets for Disney Peter Pan Jnr. at the Regent Centre are selling very fast.

Running from December 11-15, this magical production, in conjunction with The Regent Centre, will see 135 young local performers in a musical play based on the beloved Disney film and J.M. Barrie’s enchanting play. Demand is high for one of the season’s most anticipated show’s that features three separate casts and an irresistible score of new arrangements of classic Disney songs. 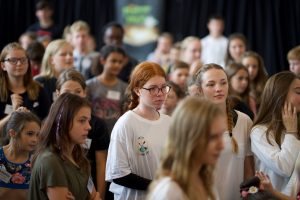 The show marks an exciting new chapter for the local production company that aims to give free performance experience to young people at a professional level. Last year, saw a critically acclaimed run of Scrooge at the Shelley Theatre that saw 45 young performers in action. 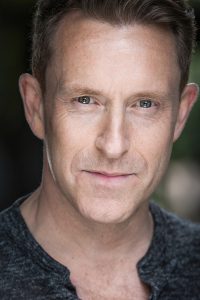 Earl Carpenter (pictured left) said: “We are delighted with the sales for Disney Peter Pan Jnr.  It’s a testament to the talent, hard work and dedication of our performers. We’re offering an experiential process with real social-interaction away from smartphones and devices, which I think is so important these days.”

Jo Barrington added: “We’re all immensely excited about the show and working extremely hard to provide the audience with the best possible experience over the five-day run. It’s not just about selling tickets, we’re looking to nurture our performers with a deep and broad understanding of the industry.”