Popular Bournemouth nightclub, Cameo, has helped raise over £4,800 for the children’s unit at Poole Hospital.

The funds have been used to purchase new equipment, including the unit’s first vein finder, and three new oxygen saturation monitors. The grant came from Echo Trust charity, an organisation that is part of the Deltic Group, which owns Cameo. Echo Trust provides funds for medical equipment for children and young adult charities.

At various events over bank holidays, Christmas and Easter, customers were asked to donate spare change at Deltic Group bars and clubs, as part of Echo Trust’s ‘Give a Quid for a Kid’ campaign. The collections at Cameo contributed to an overall total of £4,812.

How will the new medical equipment help?

Oxygen saturation monitors use infrared light to check oxygen saturation levels in the blood of children who have respiratory problems. Additional monitors mean children will be assessed more quickly, and a quick plan of care can be put in place.

Since 2002, when Deltic set up the Echo Trust, it has raised more than £2.5 million, which has been used to grant awards to a range of children’s charities. 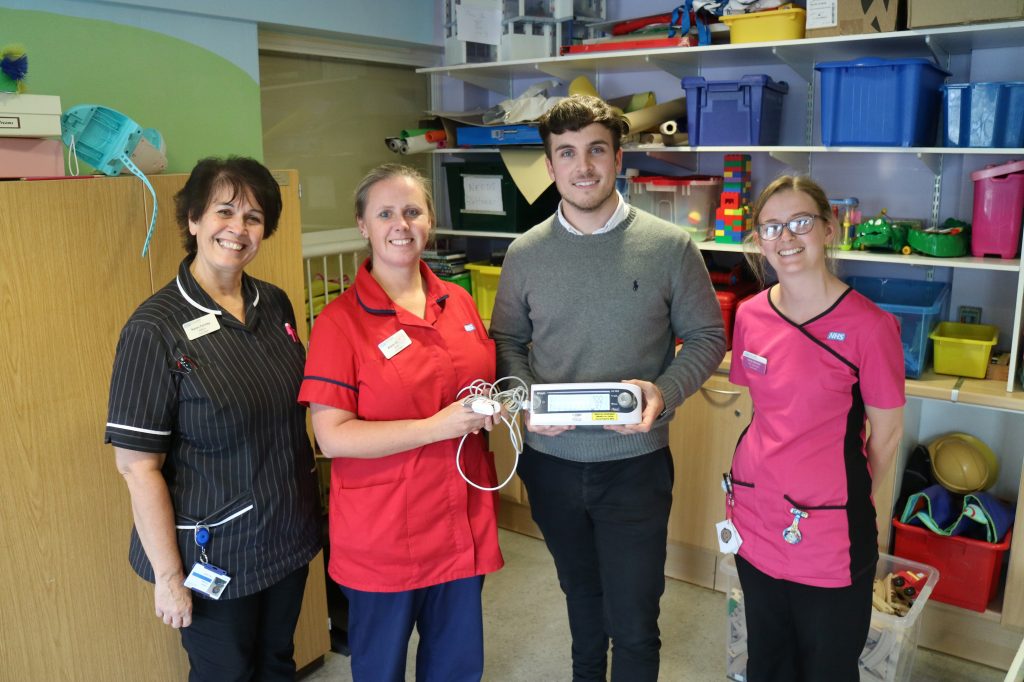